Old Sonu of ‘Tarak Mehta Ka Ooltah Chashma’ did not see a single episode of new Sonu, explains the reason 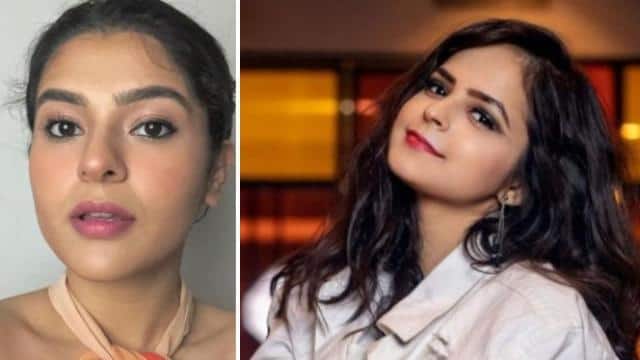 Actress Nidhi Bhanushali is still known among the audience as Sonu of ‘Tarak Mehta Ka Ooltah Chashma’. For nearly six years, she played the role of Sonalika Bhide in the show. She started her career when she was 12 years old. In the year 2019, he said goodbye to the show. After this, new Sonu aka Palak Siddhwani entered the show. Talking about Nai Sonu, Nidhi said that she has not seen a single episode of the show in over a year.

Talk that the new Sonu aka Palak Sidhwani is going to complete two years in the show. In an interview to the Times of India, Nidhi said, “Ever since Palak’s entry has been entered in the show, I haven’t seen a single episode. Or should I say that since I said goodbye to the show, I did not watch a single episode. However, we both share very good bonds in real life. We are both very good friends. Many times we go for a walk together. Palak is a very sweet girl. “

Nidhi further says that Palak and I have gone to many parties together many times. We have many common friends. I did not watch any episodes of the show even during lockdown. I was not insured by Palak’s entry. I had complete faith in the makers. I think he has found a very good person in the character of Sonu.

Nidhi says that you cannot do the same thing all your life. There comes a time when you decide that you need to do something new and different in life, which should be focused on. Serials take a long time to make and they are also in great demand. I am currently focusing on a filmmaking career. In the coming time, if I have to step into the world of acting again, I will not back down.