On nepotism, Krishna Abhishek said – yes I am Govinda’s nephew, but he does not come to work for me. 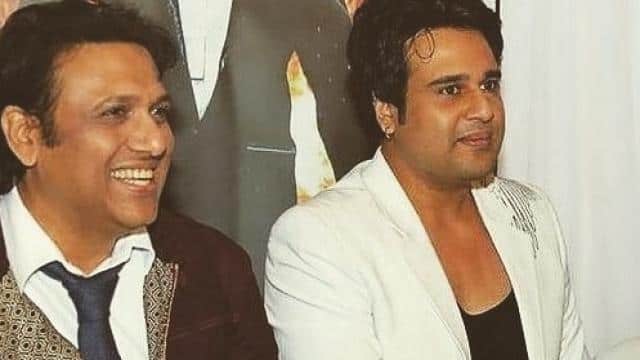 There is a debate in Bollywood these days about nepotism. Everyone is giving their respective reactions regarding Insider and Outsider and now in the meantime, Krishna Abhishek has spoken on this matter. Krishna said to Hindustan Times, “Yes, I am Govinda’s nephew, but he does not come to work for me.” I have to work myself. Yes, they can get me work, but after that I have to work with my talent. Nepotism comes nowhere in it.

Krishna also said that the family’s background can never determine the future of an actor. It does not matter which film family you belong to. I am also from the film family and I would have replaced Varun Dhawan today. But I have my own struggle. Varun Dhawan’s father, David Dhawan, is a filmmaker. But he too would have thought that he would have been in some other place today. Everyone has their own journeys and straggles.

Krishna said, I cried a lot when I got news of Sushant’s demise. He was my friend. We both participated in the dance show together. He was very talented. But I think he didn’t do it right because a lot of young people considered him to be their idol. Everyone used to follow them. I hope that it has not affected them. I will only pray that after this accident, he is not afraid to fulfill his dream.

Bigg Boss 14: Nia Sharma’s entry in the show, after ‘Naagin 4’, will now be seen at Bigg Boss house

Let us know that recently on the Kapil Sharma Show, Krishna Abhishek’s wife Kashmira Shah came. During this both of them had a lot of fun with each other. Kashmirira made a lot of mockery of Krishna’s English. However, the audience was quite happy to see both of them.

Corona changed consumer behavior forever, know what came out in the survey