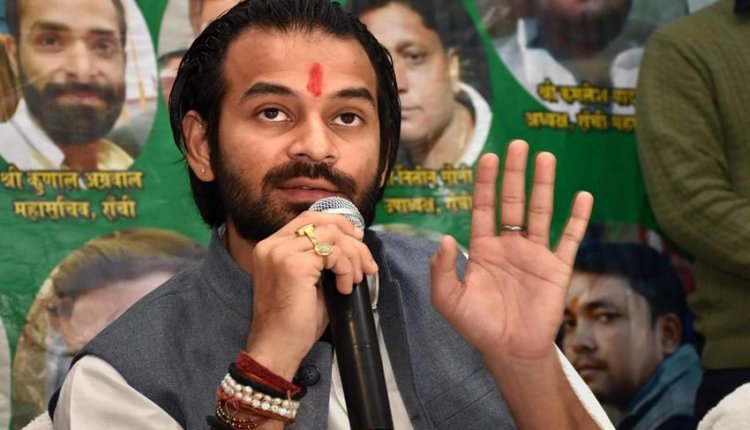 Keeping in mind the Corona crisis, Prime Minister Narendra Modi on Tuesday announced a relief package of 20 lakh crores while addressing the country. Tejapratap Yadav, elder son of Rashtriya Janata Dal (RJD) supremo Lalu Prasad Yadav has tweeted about this. Tej Pratap reminded the old promise by tweeting PM and said that he would have paid the old account first. Apart from Tej Pratap, more users on social media are taunting the PM’s announcement and are reminding him of the promise of 1.5 million.

Tej Pratap retweeted the tweet made by the BJP during the Bihar elections in 2015, “First the old account is cleared. In this tweet of 2015, BJP has mentioned the announcement of the package of 12,5003 crore made by PM Modi. On this tweet of Tej Pratap, a user wrote “20 lakh crores is not like 15 lakhs?” One wrote “20 lakh crore rupees will be given to those who had earlier received 15 lakh rupees. Who got 15 lakh, who?

Apart from Tej Pratap, his brother Tejashwi has also tweeted about it. He wrote “In 2015, a huge package of ₹ 1 lakh 65 thousand crore was announced for the development of Bihar in a dramatic manner. After 5 years, we urge Mr. Nitish Kumar to file a status report or issue a statement on the much-awaited package received and spent from the Center. ”