Pappu Yadav Vs RP Rudy: Pappu Yadav is no less than MP Rajeev Pratap Rudy in terms of wealth 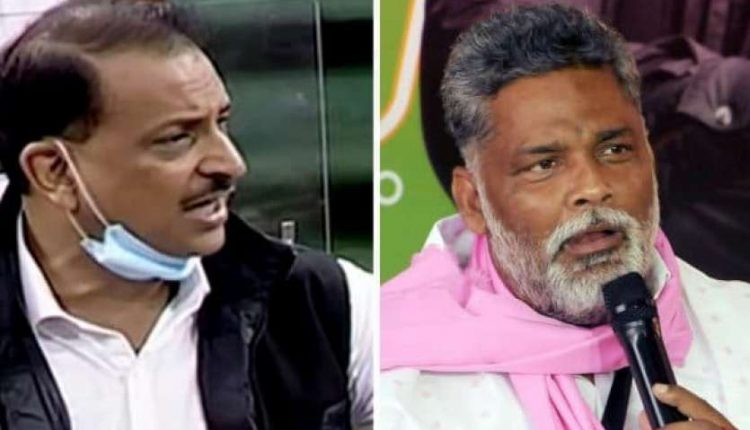 New Delhi. There has been a lot of upheaval in the politics of Bihar for the last few days. Particularly the tussle between former Union Minister and Saran MP Rajeev Pratap Rudy and Pappu Yadav has gone to another level. Pappu Yadav alias Rajesh Ranjan has been arrested for not following the guidelines.

By the way, Pappu Yadav is no less than Rajiv Pratap Rudy in terms of money and influence in his area. The wealth gap between the two is also quite small. Let us also tell you how much wealth both of them have.

Pappu Yadav has so much wealth
In his election affidavit in the Bihar Assembly elections of 2020, Pappu Yadav had declared his total wealth at Rs 5.53 crore. Under which he had cash deposits of Rs 1.25 lakh and Rs 34,232 in four banks. He has a Swift Desire car of his own. The cost of which has been stated to be 5 lakh rupees. There is 50 grams of gold, whose value has been stated to be 2.50 lakh rupees.

On the other hand, they have two agricultural land worth Rs 2.94 crore in Patna. There are 5 residential flats in different areas of Patna. The value of which has been stated in Affidavit is 2.50 crores. By the way, it is possible to change the price of gold and the price of plots and houses according to the market rate.

Rajiv Pratap Rudy has so much wealth
On the other hand, according to the affidavit given by the MP and former Union Minister Rajiv Pratap Rudy in the 2019 Lok Sabha elections, there is a wealth of Rs 8,07,40,349. By the way, it also includes the property of his wife and a dependent. According to affidavit, at that time he had 97 thousand rupees in cash and more than 75 lakh rupees in banks. At the same time, he also has a PPF account in the post office. At that time he had more than 3 lakh rupees in his account.

He also has two Innova cars and an ambassador car to his name. While Rudy and his wife also have gold ornaments worth around 32 lakh rupees. Both also have an Egra land of Rs 62 lakh and a non-agricultural land of Rs 10 lakh. The couple owns two houses worth Rs 5.50 crore.

What is the tension between the two
In fact, a few days ago, Pappu Yadav has alleged that the ambulance purchased by the MP fund is being used to carry sand. Whose money goes to Rudy’s NGO. For this he also released a video. On the other hand, Rudy alleged that Pappu Yadav came with his convoy and broke into the office.

He has stated his stand that the ambulance was standing there due to the absence of a driver. Drivers are being arranged. Ambulances purchased from the MP fund will operate in the parliamentary constituency. Pappu Yadav has been arrested for not following the Kovid rules.

The second wave of Corona has a bad impact on the country’s economy, the rating agency CRISIL warns …