PM Kisan Samman Nidhi: 1.35 crore farmers’ money not sent even after the installment was sent, know when benefits will come 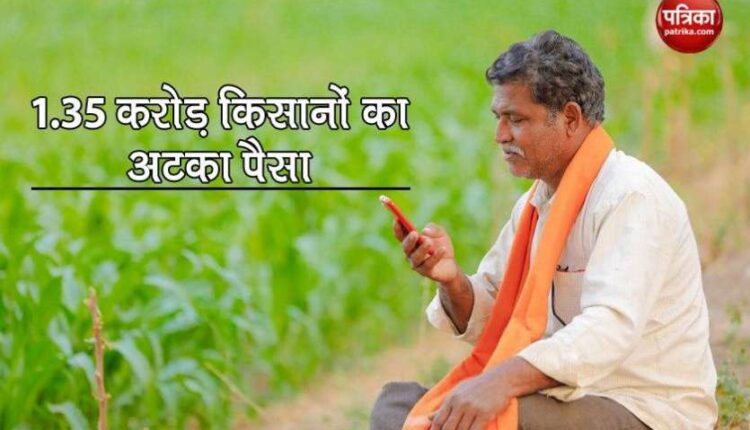 new Delhi. To improve the economic condition of farmers, the government is running the Pradhan Mantri Kisan Samman Nidhi Scheme. Under this, farmers are provided assistance of Rs 6000 every year, which is sent in installments. The government has sent the installment till August. Now the next money will be sent in November ie next month. But still about 1.35 crore farmers of the country have not got the benefit of this scheme (Farmers). According to the government, verification work is being done to prevent fraud. Only after correction of these will be sent to the account of such applicants, who will be found correct in the investigation.

According to media reports, 10.6 percent of the total applicants have received applications which are prone to malfunctions. Hence they are being verified again. So that money does not go into wrong hands. After verifying all the information again, the money will be transferred to the right beneficiary’s account. It is said that a total of 11 crore 3 4 lakh valid applications have been received so far. The highest pending verification of about 35,38,082 farmers in UP. On the other hand, Maharashtra is at number two, where a record of 7,92,584 farmers has not been verified. Madhya Pradesh is at the third place where data of 7,36,292 farmers is to be checked.

It may be known that a few days ago under the Kisan Samman Nidhi Scheme, the news of a big scam in Tamil Nadu came out. In which it was found that more than one hundred crore rupees were illegally withdrawn. Action was taken in this case. Under this, the services of 96 contract employees have been terminated so far. Departmental action has been initiated against 34 officers. Besides, 52 people have also been arrested by registering FIRs in 13 districts. Apart from this, the names of about 1.5 lakh fake farmers have also been deleted from the application list. Now the government is checking the eligible farmers and sending money to their accounts.

Due to this money can also be stopped
Apart from verification, farmers’ money may also get stuck due to a mess in the application form or documents. So if there is any problem in your documents, then log on to the official website of the scheme (pmkisan.gov.in) to find out. After this, click in the tab with ‘Farmers Corner’ given in it. If you have applied before and your Aadhaar has not been uploaded properly or for some reason the Aadhaar number has been entered incorrectly, then edit it. Many times the money gets blocked due to wrong spelling of the name, so check it also. There is also an option of status check to see the complete updates related to the scheme. You can see full details by clicking here.

Sensex falls by more than 1000 points; shares of these big companies in Nifty incurred losses