PM Modi’s special minister praised this plan of UPA government, told how it helped in lockdown 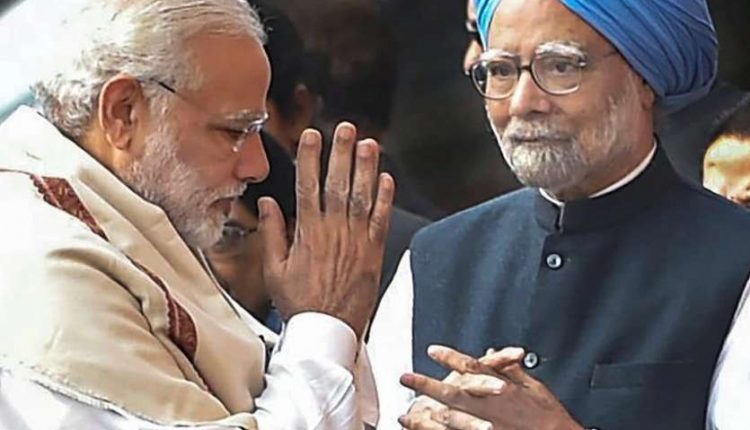 New Delhi. Union Minister Narendra Singh Tomar said on Tuesday that Mahatma Gandhi National Rural Employment Guarantee Act (MGNREGA) is the biggest employment scheme providing alternative employment in rural areas, which proved to be a major enabler for migrant workers who returned during the Corona period. He informed that a record 344 crore man-days of employment have been created under MNREGA this year.

MNREGA biggest employment scheme
The 22nd meeting of the National Employment Guarantee Council was held on Tuesday under the chairmanship of Union Minister for Rural Development, Panchayati Raj, Agriculture and Farmers Welfare and Food Processing Industries, Narendra Singh Tomar. Addressing the meeting through video conferencing, he said that MNREGA is the biggest employment scheme providing alternative employment in rural areas. This year has proved to be a huge support for migrant workers who returned to their villages unemployed due to MNREGA lockdown during the crisis of Kovid-19. This year, a total of 344 crore man-days of employment have been created through MNREGA, which is a record in itself.

1.61 crore new job cards issued
Tomar said that this is 44 percent more than the previous year. He said that about 72 lakh durable and used structures have also been constructed so far under the works done under MNREGA. The Union Minister said that 1.61 crore new job cards were issued this year, compared to about 80 lakh in the previous years. From this, it is clear that the MNREGA scheme has been an effective and effective medium in providing employment to the migrant workers who returned to their villages after being unemployed. He informed that a total of 4.29 crore assets constructed under MGNREGA have so far been geo-tagged with the coordinated efforts of the state and central government.

Rs 1,11,500 crore allocated for MNREGA
Tomar said that in the year 2020-21, 1,11,500 crore rupees have been allocated to the states for MGNREGA, which is the highest ever. Out of this, 93 thousand crore rupees have also been released to the states. The Union Minister said that 50.78 crore man-days of employment were created in 125 days under the Garib Kalyan Rojgar Abhiyan in 116 districts of 6 states in coordination with 12 ministries to provide employment to migrant workers during the Corona crisis. A provision of Rs 50 thousand crore was made for this scheme as well.

Petrol, Diesel Prices Today: Petrol and diesel prices not changed today, check what is going on