Political Activist Hardik Patel Gets Bail;Gujarat Cut Off From Internet 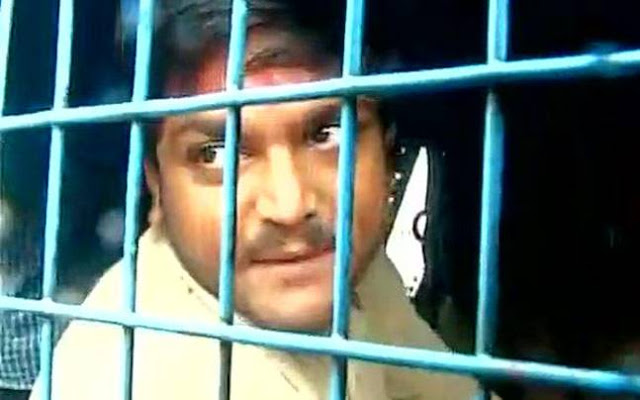 Indian political activist Hardik Patel, who is leading a campaign demanding reservation for the Patel community, was released on bail granted by a local court in Surat later on Saturday night. He was arrested in Gujarat on Saturday evening after he tried to initiate a march despite denial from the administration. Hardik, along with some of his important team members, were earlier taken into custody on Saturday morning in Surat for going against the prohibitory orders.

The 22-year-old’s permission to hold a march Ekta Yatra for this issue was cancelled by the administration on Friday. Still, his non-political organisation called the Patel Anamat Andolan Samiti (PAAS) managed to commence the rally at the Mangadh Chowk. However, he along with other members was later arrested by the police. While getting arrested, Hardik said, “This is an attempt to muzzle our peaceful agitation by the state government. We will not give up and will continue our agitation peacefully. ”

Currently, the strength of the Patel community in Gujarat is nearly 14 percent. Contemplating the sensitive issue, the mobile Internet service of Gujarat was seized for a day. This decision not only disappointed the city residents but also miffed the general public. Many people took to twitter to share their distress for banning the Internet services. The services are expected to resume by Sunday afternoon.

The result of taking Hardik into custody was noticed in the evening when cases of stone pelting were reported in Gujarat’s Kapodra region. In order to avoid any kind of incidents further, the security of the Patel-dominated regions has surged. Amid the chaos, Hardik requested his followers to maintain law and order of the state.

In addition, people from the OBC community have decided to conduct a counter rally against Hardik Patel’s campaign to include reservation for the Patel community.