Post Office launched Five Star Village Scheme, know how you will get benefit? 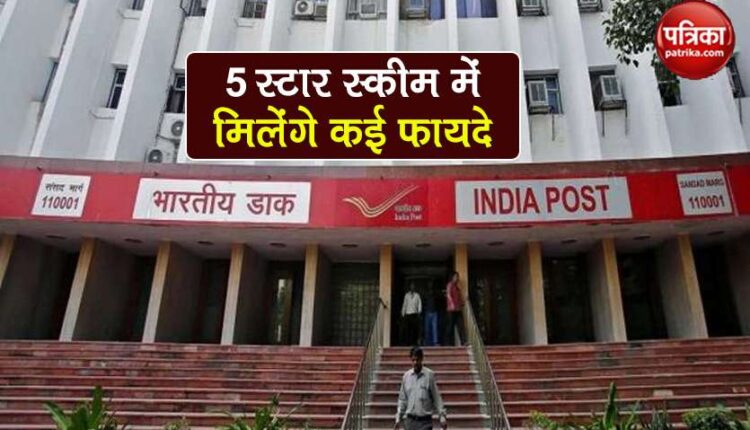 new Delhi.
Post Office Schemes: India Post Department (India Post) has launched a new scheme to reach out to every village. The scheme is named Five Star Village Scheme, under which all the facilities of Post Office Village Scheme in rural areas will be extended to every person.

All the rural branches of the post office will act as one-stop shop to cater to the needs of the people of the village. Under this scheme, all post office products will be marketed and promoted at the rural level. By this, people living in rural areas will get the benefit of government schemes.

What is Five Star Village Scheme
As in many rural areas, where post office services are not available yet. Under the Five Star scheme, there will be one-stop shops in all such areas, which will market government schemes including post offices.

Invest in this scheme of Post Office, you will get more interest than FD, know how?

How will the five star plan work?
Under the Five Star scheme, if a village participates in any of the four products in the above list, then that village will be given Four Star status. At the same time, if a village participates in three schemes, it will be given three-star status. Under this scheme, a village will be assigned to a team of five Gramin Dak Sevaks. They will have the responsibility to sell all products, savings and insurance schemes in the villages. The team will be headed by the branch post master of the branch office concerned.

Start from maharashtra
This post office scheme has been launched as a pilot project in Maharashtra. During this, Union Minister of State for Communications Sanjay Dhotre said that the scheme is being launched in Maharashtra on an initial basis, based on the experience here, it will be implemented across the country.

Post Office: opportunity to make millions of rupees with a small investment of 100 rupees, know which is the best scheme

Two rural districts / regions of each region have been identified under this scheme. Akola and Washim in Nagpur region, Parbhani and Hingoli in Aurangabad region, Solapur and Pandharpur in Pune region, Kolhapur and Sangli in Goa region and Malegaon and Palghar in Navi Mumbai region are included. A total of 50 villages in each district will be covered during the current financial year 2020-2021.