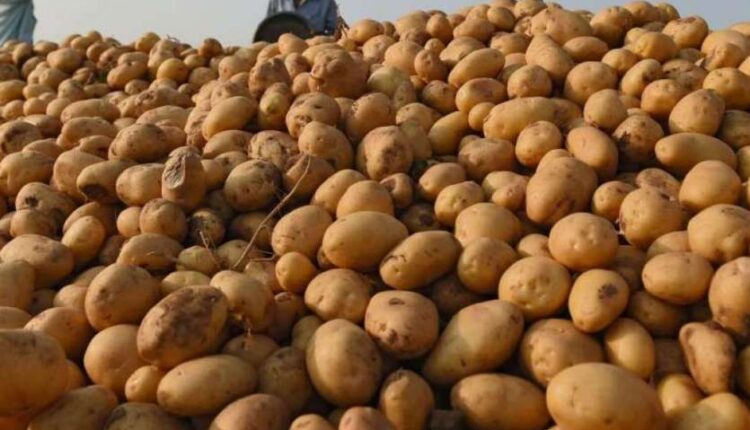 new Delhi. Corona virus epidemic ( Coronavirus Pandemic ) Due to the economic crisis, ordinary consumers are now also facing inflationary blows. Especially, there is no hope of getting relief from food inflation. Potato price, the most consumed in vegetables, has doubled in the last two months. Despite the decrease in vegetable consumption in hotels, restaurants, canteen and dhabas during the Corona period, their prices are continuously increasing. Traders say that due to reduced production of green vegetables in the rainy season, the arrival is decreasing, while this does not apply with potatoes, because most of the incoming is coming from cold storage at this time.

How much potato production was made
Government figures show that potato production in the crop year 2019-20 has been higher than in the previous year. Potato production in the country is mostly in the Rabi season, but in some areas potato is produced in the Kharif Zayed season. Therefore, in addition to cold storage, fresh potato arrivals remain in the market throughout the year. According to the data of the Union Ministry of Agriculture, the production of potatoes in the country during the year 2019-20 was 513 lakh tonnes, whereas the year 2018-19 produced 501.90 lakh tonnes of potatoes.

Also read: Now grain will not be rotten, nor will it be hugged, Railway Ministry will help FCI

Cold storage reduced potato arrival
Rajendra Sharma, former chairman of Azadpur Mandi Agricultural Produce Marketing Committee, said that the fresh potato of Haldwani which is currently coming in the mandis is selling at a higher price. He told that this is the season of hill potato at this time, so it is being sold at a higher price, while cold storage is also reducing the arrival of potato. The wholesale price of potato for cold storage is currently 20 to 28 rupees per kg. Sharma said that consumption of vegetables has been affected due to the end of consumption of hotels, restaurants and canteens, ie Horeka sector, as well as weekly market closures. The arrival of potato in Azadpur mandi has been less in the last four months than in the previous year.