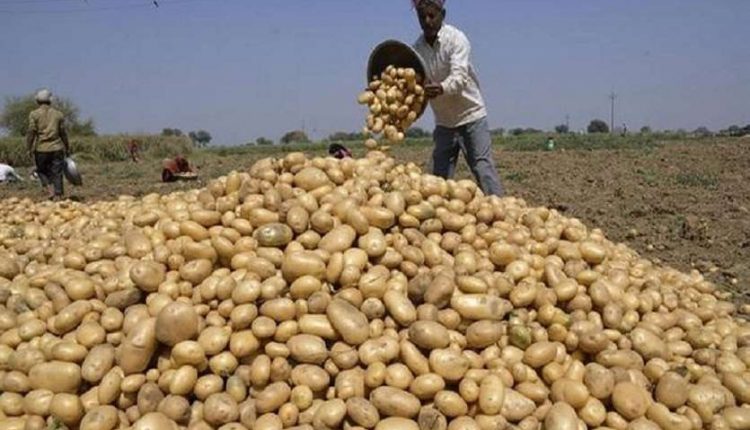 New Delhi. Even though there has been a lot of relief for the common people due to the steep fall in the price of potato, it has become difficult for the farmers to recover the cost. Potato has started selling in wholesale mandis at around one third of the price this year compared to last year. There is a bumper yield of potatoes in the country, so farmers do not expect to get much more than keeping potatoes in cold storage. Yet, in the country’s largest potato producing state, Uttar Pradesh, about 67 per cent of the capacity of cold storage has been stored. Bhanwarpal, a progressive farmer from Kanpur, Uttar Pradesh, said that the price of potato has fallen so much that it has become difficult for farmers to recover the cost of potato.

Potatoes have become so cheap
He said that in Uttar Pradesh, farmers are getting about 400 rupees per quintal of good quality potatoes in the fields, while in the mandis, Rs 500 per quintal is being received. However, an official of the Department of Horticulture and Food Processing in Uttar Pradesh told that farmers of better quality potatoes are getting between Rs 800 and Rs 900 per quintal. Officials say that the yield per hectare of potato is higher than last year, so there should not be much difficulty in compensating farmers’ costs.

Potato proved to be a loss deal
Bhanwarpal said that in fact, potato cultivation is proving to be a bargain for farmers due to high cost of seeds and high cost of cultivation. He said that many farmers now do not want to keep potatoes in cold storage so that their cost will increase further, whereas further storage of potatoes in cold storage will not have to be sold again at a small price.

GoAir’s summer sale starts from today, 5 kg luggage will not be charged