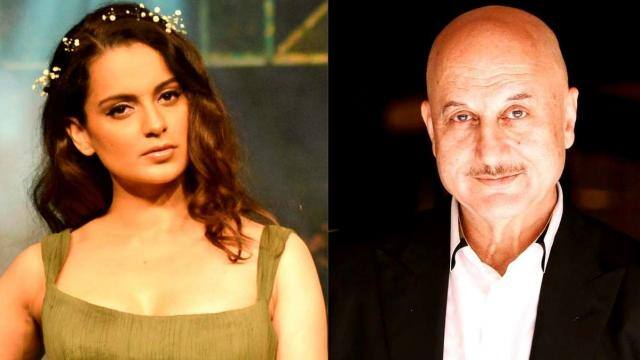 On Monday, some parts of Mumbai are experiencing power problems. Electricity was cut in Mumbai, Thane, Navi Mumbai and other parts today. Local trains of Western Railway between Churchgate to Vasai railway station have been closed due to grid failure. In such a situation, the passengers traveling from local are facing troubles. Bollywood celebs have given their reactions to the problem of power cut in Mumbai.

Kangana Ranaut has shared a photo of comedian Kunal Kamra and Shiv Sena leader Sanjay Raut. Kangana wrote in the caption, ‘Powercut in Mumbai, Maharashtra Government is doing Kangana during this time.’

Anupam Kher tweeted, ‘Batti Gul.’ Ashok Pandit tweeted, ‘There has never been such a power cut in the history of Mumbai. The power cut due to grid failure shows the failure of the administration that wants to run the government through PR.

In the history of #Mumbai, the city has never seen such a power failure and this grid failure is a massive symptom of a failing administration who manages governance thru PR drives. #poweroutage #powercut

Singer Armaan Malik wrote- ‘Light out power cut. He writes in another tweet- ‘Is the universe telling us that the time has come for you to start living like a human being’.

Actor Kunal Khemu shared a funny video of himself on Twitter. He told through video that what is the reaction of the people when the lights go off except Mumbai. What has happened, says Kunal Khemu. Has the power gone again? When will you come. in the evening. Yes let’s be okay Get a hand fan.

A a tense situation 🙈😂 #powercut pic.twitter.com/3Eh8OYPApf

Apart from this, Kunal told that how the reaction of people is when the light is cut in Mumbai. Kunal Khemu while talking on the phone says, ‘There has been electricity in your place too. Yes, Bro is saying that the light will come in two-three hours. My phone is not even charged, what will I do now?

LTA: gift of center before festival, now government employees will be able to travel with private airlines