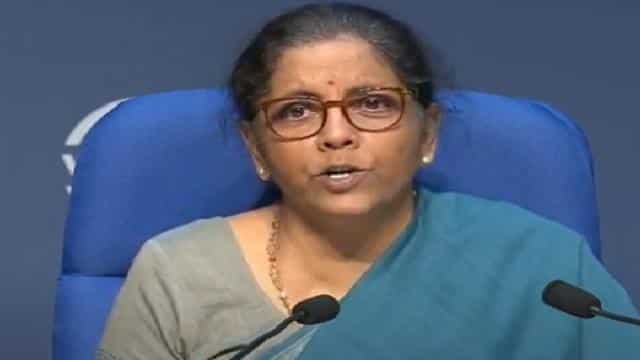 Finance Minister Nirmala Sitharaman has revealed details of the 20 lakh crore self-sufficient India package announced by PM Narendra Modi to change the corona virus crisis as an opportunity. The package has been criticized by many agencies and economists, including the Congress. On Saturday, Finance Minister Nirmala Sitharaman made several revelations about this package in a press conference.

The Finance Minister said that before comparing the announcement of the package, before comparing the announcements made by various countries, we saw what is in their relief package? The packages of all were studied. Every country made announcements after taking fiscal deficit, monetary, guarantee, central liquidity into its relief package. We are not different from them, the ratio may be different. When there are some institutions in developed countries, it is possible for them to go one way and play less on another route.

Before doing this we’ve compared every announcement made by different countries before us to see what their package is of. All that has been studied. Every country has brought in basket of measures-fiscal, monetary, guarantee, central liquidty & so on: FM #EconomicPackage pic.twitter.com/G1ljcgGleS

India has a lot of advantages in terms of technology, transfer of cash and other things is possible. Under PM Garib Kalyan, we can deliver cash into the hands of people through Jan Dhan accounts. We have brought such measures, which will bring more liquidity to the economy. To think that all other countries have come out of the budget only and it is not as if they have done everything. Conversely they have gone into liquidity both through the central bank and through their guarantees and other things.

The world of Kovid-19 will be seen in ‘Fukrey 3’, the director said- work is going on on the script