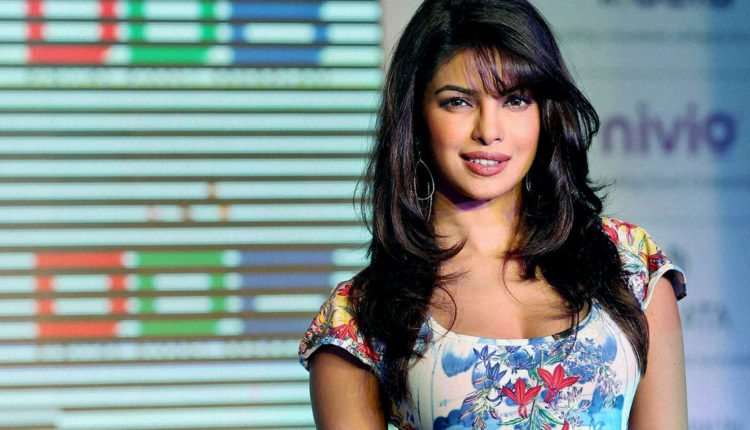 Post the success of her first American series Quantico, Bollywood actress Priyanka Chopra is all set for her big leap in Hollywood with the movie Baywatch. The actress will be seen enacting the role of villain Victoria Leeds.

Actor Dwayne Johnson, also known as The Rock, welcomed the actress on board through a video clip and a message on his Instagram account.

She’s one of the biggest stars in the world. Insanely talented, relentlessly smokin’ and extremely dangerous – perfect for #BAYWATCH. Welcome @PriyankaChopra to our bad ass and incredibly dysfunctional family. Cue RATED R slo-mo running on the beach. We start shooting next week. World.. #WelcomeToBaywatch ???????

The video clip shows The Rock getting witty with PeeCee with beach as the backdrop. –

Post the confirmation from The Rock, Priyanka also confirmed the news officially by posting

And it’s time to tell u all officially!! #Baywatch it is @therock ! Being Bad is what I do… https://t.co/v8u0TtXUNK

As soon as Priyanka shared the post, she was swamped with congratulatory messages from the Bollywood fraternity and her fans.

Congrats @priyankachopra on baywatch, so amaz!Love love love the Rock!I literally still jump off my couch like he would in WWE lol big fan!

#Baywatch has been trending… thanks to you!!!
Truly moving from strength to strength:) Now waiting for the show:) @priyankachopra

This girl is rocking back to back Bollywood to Hollywood .. The super talented @priyankachopra ..Good luck for #Baywatch 🙂 chakde fatte 🙂

Wooohoo never thought “baywatch” could get any better than it was.. You woman @priyankachopra you r my WCW on Tuesday ?

Reportedly, post the film Aitraaz, Priyanka will be seen in a negative avatar. The film Baywatch is inspired from the television action-drama series of the same name from the 1990s. It is based on the lives of the lifeguards who patrol on the beaches.