Priyanka Chopra, who is very happy with the victory of Biden and Kamala Harris, said – dream big, anything can happen 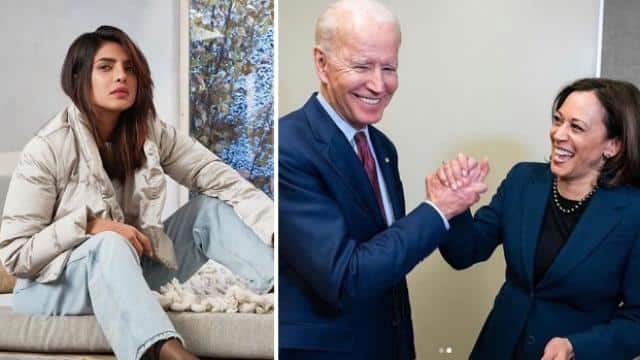 Joe Biden has won the US election in 2020. He became the 46th President of the US. Major US media outlets have named Biden as the winner in the November 3 election. With this, Kamla Harris of Indian origin is going to become Vice President. Bollywood-Hollywood actress Priyanka Chopra has written a post celebrating and celebrating this victory.

Priyanka writes, “America talked about breaking records and now the result is out. Every vote matters. I thank those who voted, showing how democracy works. It was a great experience to see this election in the US. Many congratulations to President Joe Biden and Vice President Kamala Harris. First female Vice President. Girls dream big, anything can happen. Congratulations to America. “

In addition to the Associated Press, CNN and NBC News have declared Biden, Vice President during Barack Obama’s term, the winner. The reports state that Biden won 20 electoral votes in a win in Pennsylvania, easily surpassing the 270 mark needed for a majority. Biden and Harris will be sworn in as President and Vice President on January 20.