Producer Nikhil Dwivedi raging Bollywood industry over Sushant Singh Rajput’s death, why was there no one in Sushant’s touch 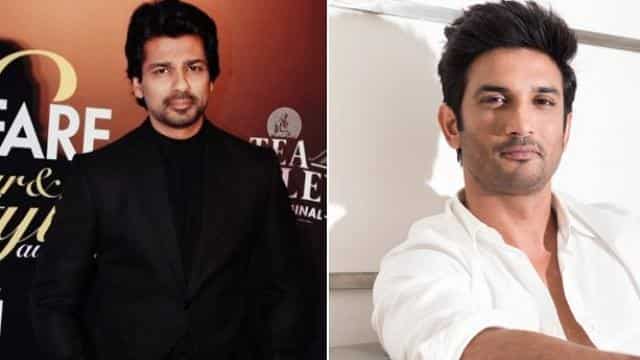 The death of Sushant Singh Rajput has dealt a big blow not only to the fans but also to the Bollywood celebs. Everyone has expressed grief over Sushant’s death. But producer Nikhil Dwivedi has expressed anger at Bollywood celebs. Nikhil tweeted, Sometimes the pretense of our film industry makes me ashamed. Everybody is saying that he should have been in touch with Sushant, ‘but the truth is that you guys were not in touch with Sushant as his career was downhill. Are you currently in touch with Imran Khan, Abhay Deol and others? No. But you were when these people were doing well ‘.

At times our movie industry’s hypocrisy gets to me. High & mighty announcing they shud ve kept in touch wth Sushant ..
Cmon u didn’t! & thts coz his career dipped. So STFU! R u in touch with Imran Khan, Abhay Deol & others? No!
But u were, whn they were doing well#SushantSinghRajput

I wished you had another way. Each time someone willingly chooses death like this .. It shakes us. We are all shaken. Wondering if there was no other option left at all ..
I wish you had other options Sushant.

‘Please protect my father from corona virus’, Sushant Singh Rajput said this to the caretaker

Please tell that Sushant’s father used to live in Patna house. She is accompanied by her caretaker Lakshmi Devi. Lakshmi told that when Sushant had last called her, she had said, please protect my father from corona virus.

Lakshmi told that on Sunday, when Sushant’s father sat down for lunch, he got a call from Mumbai. The call was from Mumbai Police who informed that Sushant has committed suicide in his house. He was dizzy after hearing the news of Sushant’s death, then his friends and neighbors took over. He is still in shock.

Check the prices of petrol and diesel before leaving home, today the prices have increased again