Ration Card related problems will be finished in a pinch, just have to do this work 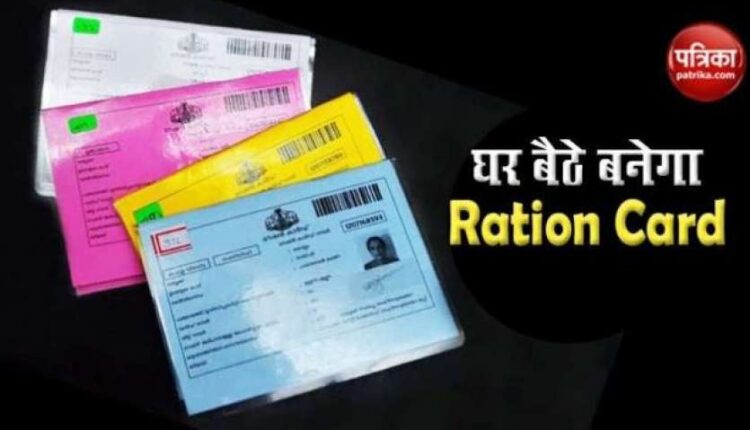 new Delhi. It is very important to have a ration card in government schemes, from identity cards to taking food grains for free. Depending on this, bank accounts can also be opened, but there are many people in the country whose ration cards are not made or their mobile number is not registered in it. Due to these things, many times they are deprived of government benefits. If you are also involved in similar problems, then you do not have to worry. You can get rid of these problems in a pinch by following certain procedures.

Procedure to add mobile number to ration card
If the mobile number is not linked to your ration card, then you have to visit https://nfs.delhi.gov.in/Citizen/UpdateMobileNumber.aspx to register it. Here you will see the option of Update Your Registered Mobile Number. In this you have to write your Aadhaar number in the first column. Aadhar Number of Head of Household / NFS ID. After this, Ration card No has to be written in the second column. In the third column, write the name of the head of the household, in whose name there is a ration card, Name of Head of HouseHold. Now write your new mobile number in the last column and save it. After doing this, your number will be registered.

How to add a new member name
Children and wife names may be added to the names of new members in the ration card. There are ways for this. If you want to get a separate ration card for you and your wife first, or by amending your wife’s Aadhaar card, get her husband’s name instead of the girl’s father. After this, take your Aadhar and wife’s Aadhar card and give it to the Food Department Officer in Tehsil. If you want, you can also get the wife’s name added after online verification. Now get your name removed from the already connected ration card and then apply for a new ration card. By doing this your work will be done.

Add back name
If someone’s name has been removed from the ration card, they will have to contact the nearest CSC Center or Public Facilitation Center to be included in the list again. Here the person has to show his Aadhaar and a photo copy of the ration card. After this, an application form has to be given here. After which you will get a receipt from there. Submit it to your tehsil. In a few days your name will be added to the list again.

Jute farmers are kind to the government, new announcement will benefit 3.7 lakh workers

These 7 rules related to life will change in the whole country from November 1, get ready