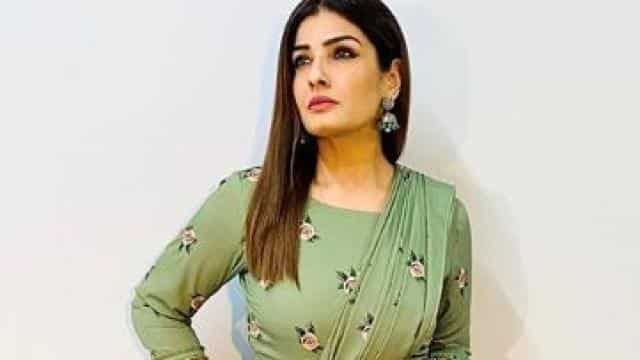 Bollywood celebrities are congratulating their fans on the special occasion of Eid. Many stars, including Shah Rukh Khan, Salman Khan and Amitabh Bachchan, have congratulated Fans on social media. Now actress Raveena Tandon has also wished people in her special style.

Raveena Tandon has shared a video on Twitter account, which is being very liked. In the video, Raveena said, all your prayers are acceptable. Along with this, Raveena has wished everyone to be happy and remain at peace in the world. This video is being liked and shared a lot. Raveena wrote in the caption, Eid Mubarak.

Please tell that Raveena Tandon is very active on social media. She often shares her photos and videos. Seeing a picture of him recently, a fan proposed him for marriage. However Raveena also gave a fun reply to the fans.

Actually, Raveena had pictures of her vacation. Commenting on one of these pictures, Raveena was proposed to the fan for her wedding. She wrote, ‘Raveena ma’am, will you marry me in the next birth?’ Raveena won everyone’s heart by answering this fan’s question. He wrote in the reply, ‘Sorry seven births have already been booked.

Restriction on refined palm oil will save jobs in India, know how

EPF: 3 reasons why you will get less returns this year