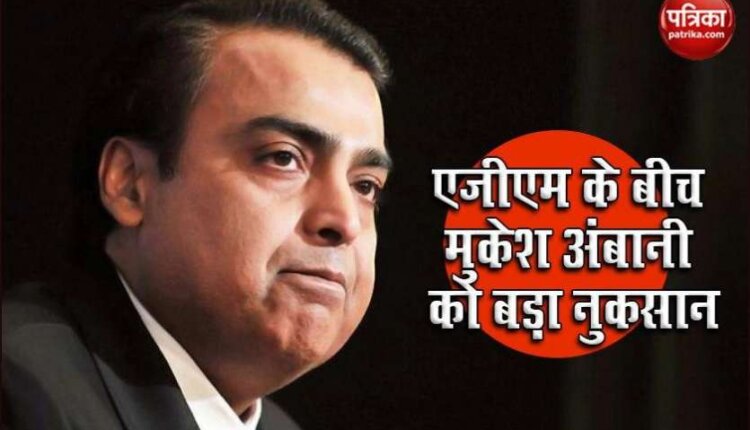 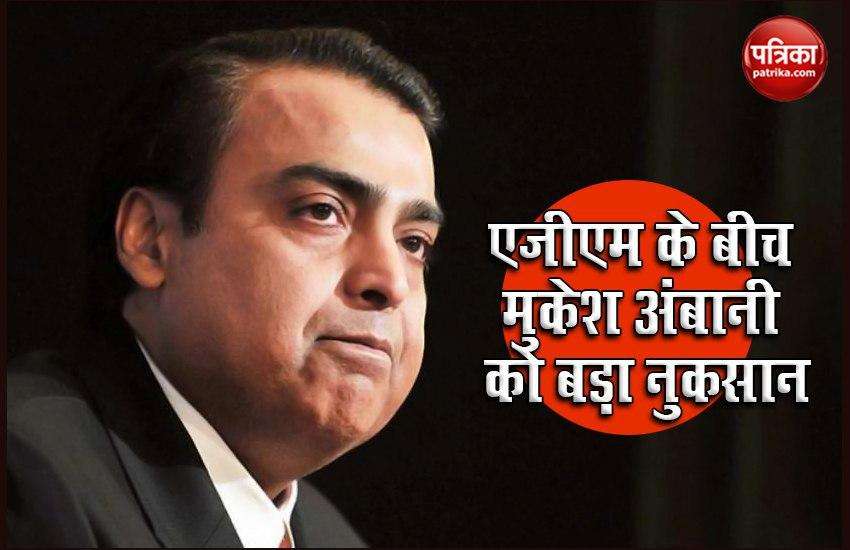 new Delhi. Whereas in the 43rd Reliance Industries 43rd AGM, Mukesh Ambani was overwhelmed by big announcements. On the other hand, Mukesh Ambani also suffered a loss of more than 80 thousand crores (Mukesh Ambai Lost 80 Thousand Crores) during this period. In fact till the closing of the share market, the shares of the company fell by about 4 percent. Whereas this fall of the company reached 6 percent during the trading session. The special thing is that the company’s share price (Reliance Industries Share Price) again ran a record breaking. Because of which the company’s share (RIL Share Price) reached a height of 52 weeks. From there, the company’s stock which started falling, then closed at a level of Rs 1800. Due to which the market cap of the company also fell below Rs. 12 lakh crores.

Also read: Govt preparing to make farmers business, plans something like this with a budget of Rs 6,866 crore

Mukesh Ambani lost 80 thousand crore rupees
Before Reliance Industry’s AGM started, the company’s shares were seeing a boom. The company’s stock then came to Rs 1978.50 per share. The market cap of the company at that time was Rs 1254251.17 crore. As soon as the market closed and Reliance shares fell to 4 per cent, the market cap of the company came to Rs 11,70,000.49 crore. If you see the difference between the two, then it is sitting at more than 80 thousand crores rupees. This is the loss of Reliance and Mukesh Ambani.

Also read: Car Fuel and Maintenance Cost will reduce your tax, know who will get benefit from it

Also read: 3 big banks of the country have brought special scheme for Senior Citizen, will get tremendous returns

Today the stock market closed at a flat level
On the other hand, the impact of the fall in Reliance shares was also visible on the stock market. Today, the Sensex fell 550 points below its highest level and closed at a flat level of 36052 points with a slight gain of 18.75 points. On the other hand, the National Stock Exchange’s major index Nifty 50 closed at 10618 points with a slight gain of 10.85 points. The oil sector saw the biggest drop of nearly 300 points. The IT sector closed up nearly 800 points. In fact, shares of the company closed today with a gain of 17 per cent on the back of Wipro’s quarterly results.