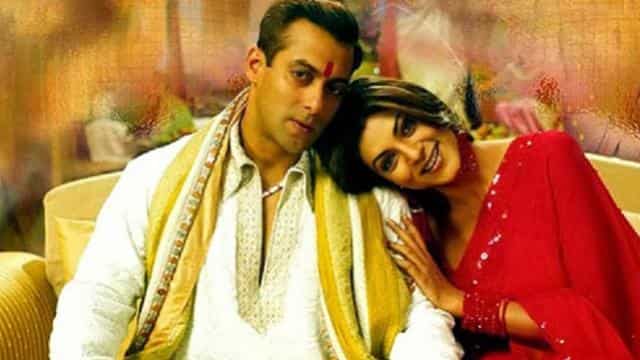 Sushmita Sen’s web series Arya has been released on OTT a few days ago. Everyone is praising the acting of the series and Sushmita. Recently, Salman Khan has also praised Arya. He shared the video and wrote, ‘Welcome to Arya. What a great comeback and what a wonderful show. Congratulations to Sushmita Sen and lots of love ‘.

While sharing this video of Salman, Sushmita wrote, “Hi … my child.” Thanks Salman for giving so much love.

Earlier Salman Khan shared his shirtless photo after the workout. While sharing this photo, Salman wrote, “Just finished the workout.” But soon after sharing Salman’s photo, fans of Sushant Singh Rajput started commenting. He made a lot of negative comments about Salman.

Explain that after Sushant’s death, there is a lot of debate on social media in Bollywood about nepotism.

Salman appealed to the fans

On social media, people are expressing their anger about some celebs. Salman Khan is also named in this list. However, Salman’s fans are supporting him completely. A few days ago, Salman made an appeal to his fans. Salman had tweeted, ‘I request all my fans to stand with Sushant’s fans and not use foul language. You try to understand their feelings. In the hour of this crisis, be the support of Sushant’s family because the pain of someone’s loss is too much.

Abhishek Bachchan, who did not do intimate scenes in films because of daughter Aaradhya, said – many films have gone out