Sanjay Dutt is spending some time with family in Dubai, wife Manyata wrote these romantic messages 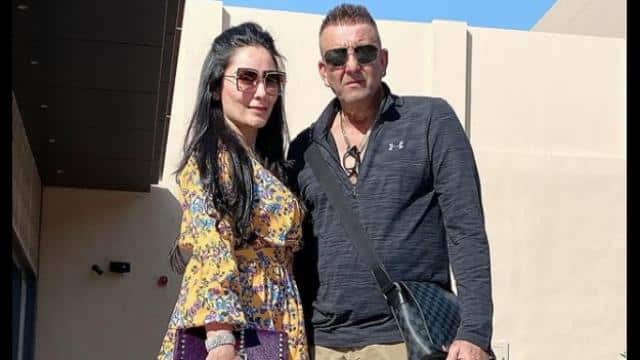 Bollywood actor Sanjay Dutt is spending quality time in Dubai with wife Manyata Dutt and children these days. Meanwhile, Manyata Dutt has shared a romantic caption by sharing a photo with Sanjay Dutt on social media. Manyata writes- ‘So you do something that has been given to you. You keep one foot in front of the other and keep going. Let’s go together for life.

In the picture, Manyata is seen in a yellow floral dress, while Sanjay Dutt is wearing a black shirt and gray pants. This post of recognition has got more than 68 thousand likes within just 2 hours. Many fans of Manyata and Sanjay Dutt are also giving their reactions to this picture of the couple. One user wrote – I love your courage Manyata. At the same time, another user wrote – You two are looking very beautiful together.

According to media reports, Sanjay Dutt was being reminded of his children, so he has gone to Dubai to meet him. It is being said that Sanju Baba will return to Mumbai after 10 days. Earlier, Manyata wrote an emotional caption, sharing a family photo. Manyata wrote – ‘Today I want to thank God. He gave me this family as a gift, no complaint, no wish. We are together and will always be Amen. ‘

Now the benefit of government subsidy will be available in the Post Office account, know what is the process