Sanjay Leela Bhansali’s recorded statement, said- I did not drop Sushant Singh Rajput from any film 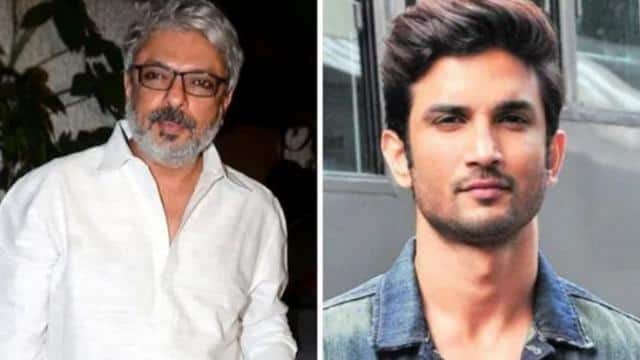 Mumbai Police is under investigation in Bollywood actor Sushant Singh Rajput suicide case. In this episode, filmmaker Sanjay Leela Bhansali reached Bandra police station on July 6 to give his statement. Deputy Commissioner of Police (Zone-9) Abhishek Trimukhe had said that we have called Sanjay Leela Bhansali to give a statement in Sushant Singh Rajput case. During this, Sanjay was questioned for about three hours. Apart from this, statements of 28 people have also been recorded so far. According to the reports, Sanjay Leela Bhansali had offered two films to Sushant. It included ‘Bajirao Mastani’ and ‘Goliyon Ki Rasleela Ram-Leela’. But he did not agree to both these films, as he had already signed Yash Raj Films’ contract.

Sanjay Leela Bhansali said in the statement that I approached Sushant twice. First for Ram-Leela and second time for Bajirao Mastani. At that time, the actor was preparing for the film ‘Pani’. Sanjay wanted his films to be Sushant. But due to the tight schedule of the actor, he refused to do both films. After this, there was no conversation between Sanjay and Sushant about the films.

Sanjay further says that Sushant was never removed from my film nor was he replaced. I first met him in 2012. At that time I was casting actors for my show Saraswati Chandra. He was not a part of the show but I was very impressed with his acting skills.

In the last scene of ‘Dil Bechara’ trailer, Sushant Singh Rajput’s T-shirt wrote something like this, fans started talking on social media

Rashmi Desai, who became emotional while talking about Sushant Singh Rajput, said- I used to be a close friend of hers at some time but…

Significantly, Sushant Singh Rajput committed suicide by hanging himself in his house in Mumbai on 14 June. However, he did not leave any notes before Suicide. The actor’s final postmortem report came a few days ago, stating that it was clearly a case of suicide.

Those traveling in private trains will be shocked, not the railway, but these people will fix Fare