Saroj Khan has been seen in ‘Tarak Mehta Ka Ooltah Chashma’, the show’s team paid tribute to the choreographer 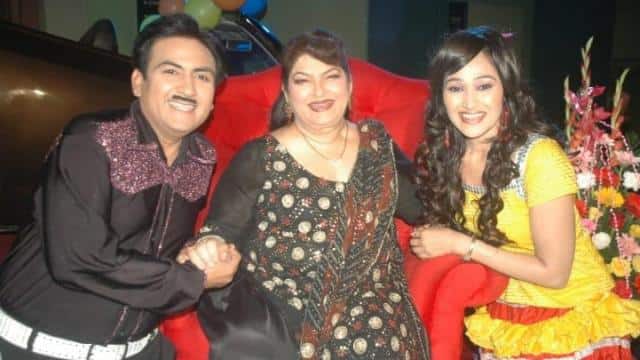 The death of the famous choreographer has shocked the entertainment industry. He has created a special place in the hearts of people with his work. No one can believe that she has left the world like this. All celebs are paying tribute to him on social media. Saroj has shown her talent not only in film but also in TV. He attended the popular TV serial Taarak Mehta Ka Ooltah Chashma.

Actually, in the year 2012, Saroj Khan appeared in a special episode of ‘Tarak Mehta Ka Ooltah Chashma’. In this, he played the role of a judge in the Gokuldham Society’s Dance Competition. During this, Daya (Disha Wakani) and Jetha Lal (Dilip Joshi) performed on the Julie-Julie song, which was very much liked by Saroj Khan. On the death of Saroj, Tarak Mehta has been mourned by the team of Chashma. Also paid tribute to him.

Please tell that Saroj was admitted to the hospital in Bandra, Mumbai due to difficulty in breathing, but despite all the efforts of the doctors, he could not be saved. Saroj was handed over to the cemetery of Malad on Friday morning. During this time only his family and some relatives were present to give him a final farewell.

Saroj Khan was no more, the choreographer shared the last post about Sushant Singh Rajput before his death

The choreographer took a long break from his work in the midst of the disease. In 2019, Saroj choreographed one song each in ‘Kalank’ and ‘Manikarnika: The Queen of Jhansi’. In ‘Kalank’ he choreographed the song ‘Taabha Ho Gaye’, in which Madhuri Dixit won the hearts of all by performing excellent dance.

When Sushant’s friend Mahesh had said about Ankita’s Mosquito Bite – the work that humans could not do, Mosquito did it