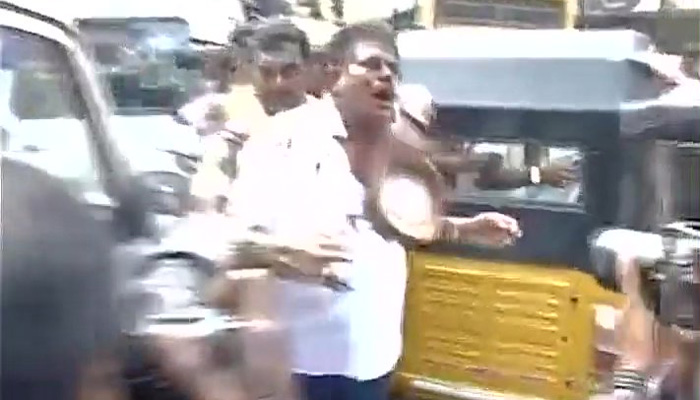 In the attack, Sasikala Pushpa’s husband Lingeswara Thilagan and counsel KM Vijayan along with her supporters were heavily thrashed by supporters of Sasikala Natrajan, ahead of the meeting which was called to decide Jayalalithaa’s successor.

A team of four members had gone to the AIADMK headquarters to submit Pushpa’s nomination to run for the post of party general secretary against Sasikala Natrajan. The lawyers were outside the office when the party members attacked them.

The development comes at a time when the senior party members have already decided to elect late Tamil Nadu Chief Minister J Jayalalithaa‘s aide Sasikala Natrajan as the next general secretary of AIADMK.

Recently, Pushpa had told the media that she would go all out to prevent Sasikala Natrajan from becoming the party general secretary and even called her ineligible for the post.

“Sasikala is not eligible to contest for the general secretary post as per the party bylaws because she has not been a primary member for five years continuously. She was expelled in 2011 and reinstated in 2012,” she had said.

In August this year, the party had expelled its Rajya Sabha MP Sasikala Pushpa from the primary membership of AIADMK after her ‘slapgate’ controversy.

Crash Averted at IGI Airport; Plane skids on the runway in Goa