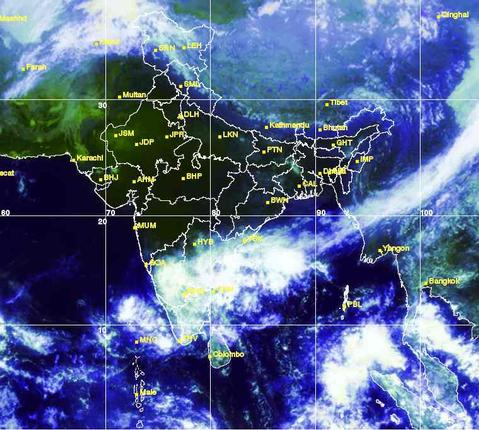 The rain has brought life of people in Chennai to a halt. Many parts of the city are still drenched in water. Though Tuesday witnessed less rains, MET department has predicted heavy showers on Wednesday. Considering the forecast, Chennai district collector E Sundaravalli on Wednesday announced that schools and colleges in district would remain closed till November 22. They will reopen on November 23 (Monday).

The schools in the areas including Villivakkam, Saidapet, Tondiarpet, Vadapalani, Virugambakkam, T Nagar, Egmore, Chetpet, Nungambakam, Amenjikarai, Koyembedu, Adyar and Besant Nagar have been shut down due to water-logging. Reportedly, out of 1000 schools in Chennai and nearby areas, almost 200-300 schools are submerged in water. Schools in some of these areas have been closed down for further two days
.
Life at standstill
The havoc caused by rain has not only affected the daily chores of people, but also led to either cancellation or diversion of trains and flight services. Till now, nearly 71 people have lost their lives due to inundated rains.

Factories of reputed companies including Renault-Nissan, BMW, Daimler India Commercial Vehicles, Yamaha, Ford, Ashok Leyland and Royal Enfield have also been shut down due to water-logging or the failure of workers reaching the factory.

Precaution from disease
To prevent the spread of diseases due to water stagnation and sewage blockage, the authorities are taking proper measures. They are distributing free medicines and coming up with medical camps. Various health camps have been set up at government hospitals as well as water-logging can cause dengue, malaria, chikungunya and cholera.