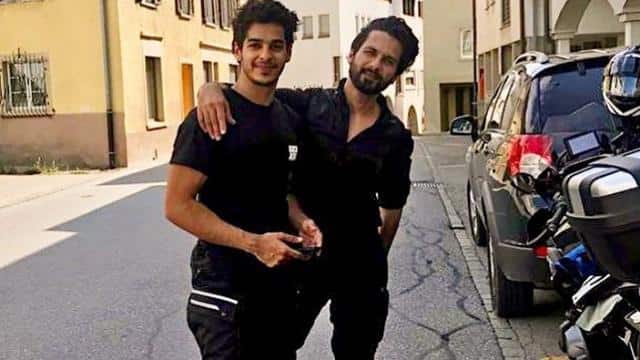 The onscreen bonding between Shahid Kapoor and Ishaan Khattar may not have been seen, but both share tremendous bonding off-screen. Commenting on each other’s posts on social media is proof of this. Meanwhile, Shahid Kapoor’s comment on Ishaan Khattar’s post is going viral. Shahid commented on a video of Ishaan describing him as ‘Babbar Sher’.

In the video, Ishaan Khattar is seen doing a workout. Ishaan wrote the caption along with the video- ‘When Maqbool Khan told me that he wants’ strict launda’ in Blackie, it has to be done. He who asks asks for it. Ishaan has been praised by many celebs by commenting on this gym video, but the attention of the fans is drawing the comment of Shahid Kapoor. Shahid wrote- ‘Babbar Sher.’ This post by Ishan Khattar has got more than 4 lakh 50 thousand views. While the likes and comments continue.

VIDEO: A war to get the powers of Aadi Naagin, a tremendous twist in ‘Naagin-5’ Free Solar Panel Scheme: Farmers can quadruple their earnings by renting a farm, know how solar panel is beneficial

As soon as unlocked, the travel industry started raining offers, getting tremendous discounts from air fair to hotel