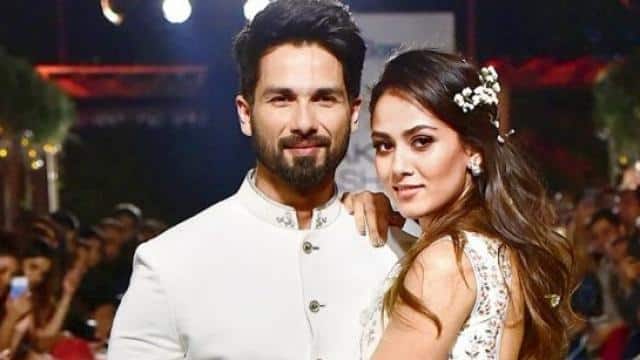 Bollywood actor Shahid Kapoor is busy these days with his new film Jersey. Meanwhile, he has shared a photo of himself on social media, which is going viral. This photo of Shahid has been commented on by his wife Meera Rajput and his brother Ishaan Khattar, which is very much liked.

Shahid posted this photo on his Instagram account. In the photo, he is seen wearing a blue and white shirt. Shahid looks quite handsome in big hair and beard look. This post has been praised by wife Meera Rajput. Commenting, he wrote, ‘Hot’. At the same time, Shahid’s brother Ishaan Khattar wrote in the comment section for commenting, “Let Jersey come.”

Meera Rajput had shared a special note for husband Shahid Kapoor on the occasion of Karva Chauth, in which she wrote, ‘Baby, I love you, but I love eating too. Happy Karva Chauth. Will try again next year. I wish you good health and happiness always.

The Kapil Sharma Show: Krishna Abhishek threatens to leave the show? Know this is the case

Shahid Kapoor will be seen in the role of a cricketer in the film Jersey. He has learned the nuances of cricket for this film. It is a Hindi remake of the Tamil film Jersey. Apart from Shahid, Pankaj Kapoor and Mrinal Thakur will be seen. Shahid Kapoor’s previous film Kabir Singh was released in 2019, in which he worked with Kiara Advani. The film proved to be a super hit at the box office.

No longer waiting for driving license, process will be completed in just 7 days

LIC Policy: Fill up the premium and life once, get 36 thousand rupees a month pension, learn scheme