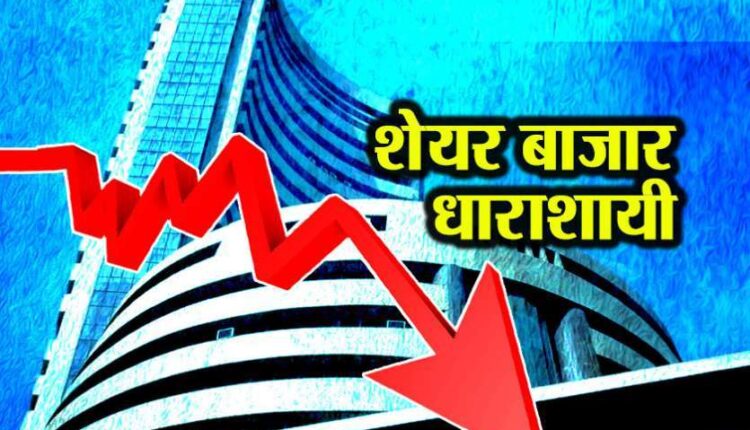 new Delhi. The European stock has again witnessed the third largest decline in the current financial year due to the tremendous fall in the global markets due to the lockdown caused by the corona virus in European countries. This is the fourth time the stock market has closed down by more than 1000 points in this financial year. Earlier this figure was seen on 18 May. The special thing is that in the current financial year, a decline of more than 2000 points has been seen only once. On the other hand, the major index of the National Stock Exchange has also closed down by about 300 points. Banking and IT sector has seen the biggest decline. There has been a big fall in the shares of big banks and finance companies of the country.

Also read: Today, this big company of the country incurred a loss of more than Rs 214 crore every minute, know why?

Third major decline in current financial year
Today’s 1066-point decline is the third-biggest decline in the current financial year. Earlier, on May 18, the Sensex had lost 1069 points. Whereas before that on May 4, the Sensex had dived more than 2000 points. On 21 April 2020, the Sensex was down by 1011 points. According to experts, all the degradation that has been observed so far is due to the corona virus itself. In the coming days, the market may once again see a period of decline. Let us tell you that in the days of all, the stock market had reached close to 41 thousand points. While the Nifty 50 had crossed the 12 thousand mark figure.

Also read: Sensex and Nifty fall as global market declines due to Corona’s havoc in Europe

Banking stocks fall
Today, banking sector sector stocks have seen a decline. The share of Bajaj Finance has seen the biggest fall of 4.58 per cent. While Tech Mahindra closed with a decline of 4.34 per cent. IndusInd Bank shares declined 4.25 per cent, ICICI Bank 4.09 per cent and State Bank of India 3.85 per cent. At the same time, shares of Asian Paints have seen a gain of 1 percent. Shares of Hero MotoCorp and JSW Steel have closed on the green mark but at flat levels.

Aamir Khan liked the trailer of Akshay Kumar’s film ‘Laxmi Bomb’, said- I wish it would be released in theaters; Khiladi Kumar reacted

Mukesh Ambani is going to start his biggest project so far, know what is the new plan now