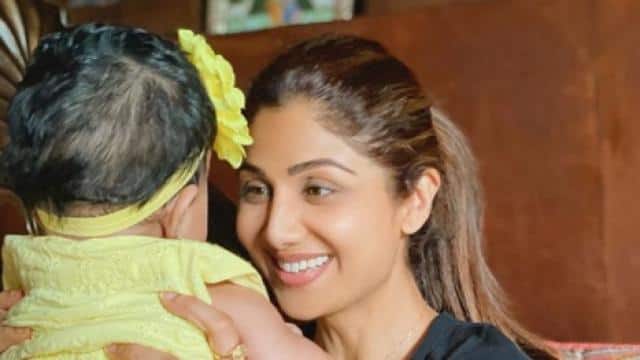 Shilpa Shetty became the mother of a daughter this year. Shilpa also has an 8-year-old son, Vian. Recently, Shilpa talked about her Motherhood Experience. Also, he also told how he reacted when he became a mother at the age of 45.

Shilpa said in Neha Dhupia’s show No Filter, ‘Yoga has brought a lot of changes in me. I remember feeling quite different when Viann happened and when I was a mother for the first time. There were a lot of difficulties at that time, but now things seem easy.

Shilpa further said, ‘I have guts that at the age of 45 I became the mother of another child. When I turn 50, Shamsha will be 5 years old. I do not pay much attention to the words of others. As a mother, I give my best in what I can. ‘

A few days ago Shilpa said in an interview, ‘After Vian, I was planning a second child for a long time. But I was struggling with APLA, an auto immune disease, which played an important role during my pregnancy. Because of this I had many miscarages, so that was a big problem for me.

Shilpa had said, ‘I thought of Adoption. I did not want Vian to spend her childhood alone because we too are two sisters and I understand very well how important it is to have a brother or sister together. Thinking about this, I focused on several ideas. But nothing worked. Despite completing all the things of Adoption, Christian Mishinery suddenly stopped and I could not adapt the child. I had waited four years for this but nothing happened. I was very angry and then both of us chose the path of surrogacy. ‘

The stock market closed a day before Deepawali, Sensex closed with slight increase

Tiger Shroff’s sister Krishna had a breakup with boyfriend, said – now we are not together