Shilpa Shetty spoke openly on surrogacy, said – I had many miscarriages, after this I waited for a long time 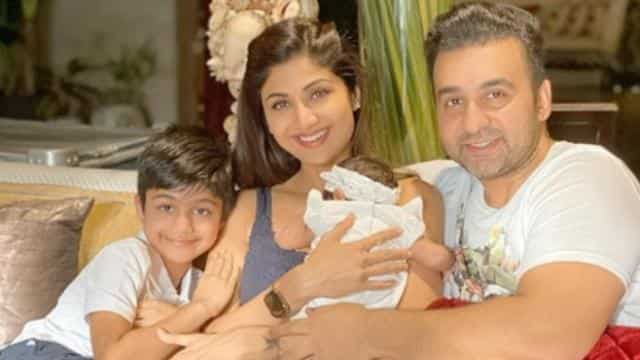 Actress Shilpa Shetty welcomed a small guest to her house in early 2020. She became the mother of daughter Samisha Shetty Kundra from surrogacy at the age of 44 years. On social media too, Shilpa shared a photo of her, in which she was seen holding Shilpa’s finger. Now Shilpa has spoken openly about surrogacy. She has told that she had been planning Adoption for a long time and she also had many miscerage.

Shilpa explained why she chose surrogacy. Talking to Pinkvilla, Shilpa said that after Vian, I had been planning for a second child for a long time. But I was battling APLA, an auto immune disease, which played an important role during my pregnancy. Because of this, I had many miscerage, so it was a big problem for me.

Shilpa further says that after this I thought about Adoption. I did not want Vian to spend her childhood alone. Because we too are two sisters and I understand very well how important it is to have a brother or sister together. Thinking about this, I focused on several ideas. But nothing worked. Despite completing all the things of Adoption, Christian Mishinery suddenly stopped and I could not adapt the child. I had waited for this for four years but nothing happened. I was very angry and then both of us (Shilpa and husband Raj) chose to adopt surrogacy.

Swapnil Joshi is launching YouTube channel, will give fans information about his personal life

Sharad Kelkar: My greatest appreciation for accepting me as an actor

Shilpa says that we have been trying for Samisha for five years. Samisha came to know in the third time. At that time, I had signed the films ‘Nikamma’ and ‘Hungana’. I had finalized the dates for these as well, but I got information in February that we are going to be parents again. As soon as I got this good news, I planned to finish my work schedule very quickly.

Shilpa said that Sameesha means ‘S’, in Sanskrit, ‘Milna’ and ‘Meesha’ in Russian means ‘as God’. Meaning our house Lakshmi was born and completed the family.

After being separated from Ritwik Dhanjani, ‘Pious Relationship’, Asha Negi reveals the essentials to maintain the relationship

‘Crime Patrol’ actor Shafiq Ansari died at the age of 52, suffering from cancer