Shock to the government, manufacturing sector falls below a decade high 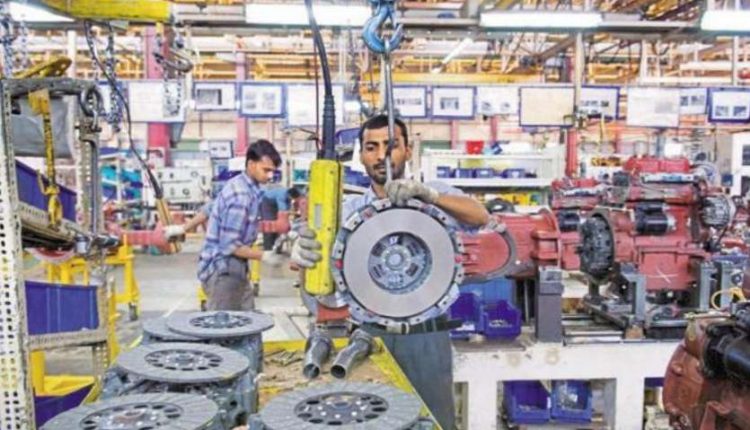 new Delhi. The pace of growth in India’s manufacturing activities has come down. The country’s manufacturing sector has recorded a slow flow in November due to restrictions related to Kovid-19. The manufacturing procurement managers index (PMI) of IHS Market India fell to 56.3 in November from 58.9 in October, after it recorded the strongest improvement in the health sector in a decade during October.

Also read: The price of petrol and diesel is on fire, today it has increased

Relief in GST figures
On the other hand, GST figures in the month of November have given relief to the government. The gross GST revenue collection stood at about 1.05 lakh crore rupees. This information was given on Tuesday in an official statement. Revenue in November 2020 is 1.4 percent higher than GST revenue in the same month of the previous year. During the month, revenue from import of goods was 4.9 per cent higher than revenue received last year and 0.5 per cent more from domestic transactions including import of services. Total Goods and Services Tax received Central GST (CGST) of Rs 19,189 crore, State GST (SGST) of Rs 25,540 crore and Integrated GST (IGST) of Rs 51,992 crore.

After coming out of jail, Bharti Singh shared this picture by sharing a photo with husband Harsh

Gold and silver became cheaper after a day’s fast, know how much the prices have become