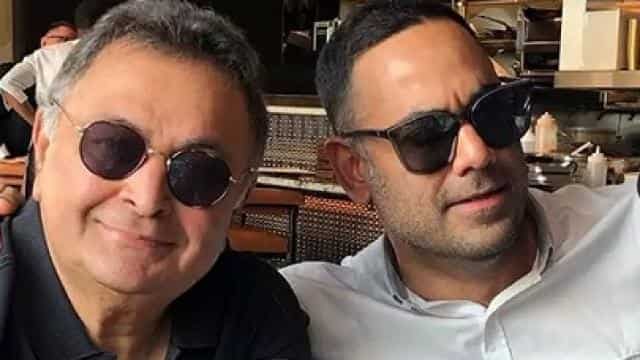 The entire Bollywood is engulfed in mourning after the demise of Bollywood veteran actor Rishi Kapoor. His family too has not recovered from this shock. Rishi Kapoor’s daughter Riddhima and son-in-law Bharat Sahni were close to her. Bharata remembers the moments she spent with father-in-law Rishi Kapoor. She has shared a family photo on social media in which Rishi Kapoor is also seen.

In this picture Bharat’s mother-in-law Neetu Kapoor, father-in-law Rishi Kapoor’s wife Riddhima Kapoor along with her mother are also seen. Bharat shared this, writing, ‘Happy Mother’s Day to the three leading ladies of my life. I feel blessed to have you all. This picture is being liked and shared a lot.

Significantly, after the death of Rishi Kapoor, Bharat Sahni shared an emotional post on Instagram. He wrote ‘I will never forget the love you gave me. Whenever I was with you, you used to teach me a lot in that short time. Today I am broken. Words are not there, I love you and I will always remember, rest in peace, father. ‘