Sona Mohapatra targeted Mukesh Khanna’s controversial statement, saying – there are still people with such mentality around us 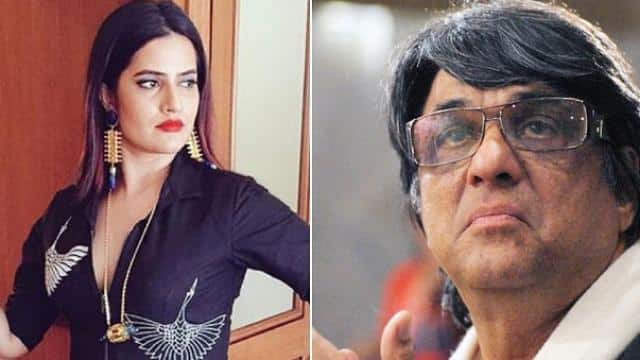 Singer Sona Mohapatra’s reaction has come to light on Mukesh Khanna’s controversial statement about women. Sona tweeted, ‘Yes of course because according to them men do not exploit women and children inside the house. A bitter truth is that there are people around us with such a mindset. Change is slow, but coming.

Actually, while talking to The Film Discussion, Mukesh said, ‘Woman’s job is to take care of the house. Where have the problems started when women of Meitu started working as well. Today, the woman talks of mixing shoulder to shoulder with the man. ‘

yea, cus men never ever molested or assaulted women & children inside homes according to this fellow who is best ignored. Tacky mandhbudhi.The sad truth is there are enough & more such regressive mindsets around us everywhere? We soldier on. Change is slow but is coming. https://t.co/wTnxGeIgoK

Mukesh further adds, ‘The first person who suffers from his work is the child of the house, who does not get a mother. She is placed with Aya, who also sees a daughter-in-law with her mother-in-law. Men are men and women are women. ‘

Mukesh had said that he understands that his words will not be accepted in this modern world. After this video of Mukesh went viral, the actor is being trolled a lot on social media.

Sharing the video Mukesh Khanna wrote, ‘I am surprised that one of my statements is being misquoted. As much as I respect women, hardly anyone will do it, so I opposed the name Lakshmi Bomb. I am concerned about the safety of women. I have spoken against every rape case. Some people have made a noise about the clipping of one of my interviews.

‘I never said that women shouldn’t work. I was just going to explain how Meitu starts. In our country, women have made their place in every field. Then whether she is defense minister, finance minister, foreign minister or in space, everywhere women have waved their glory. So how can I be against working for women. ‘