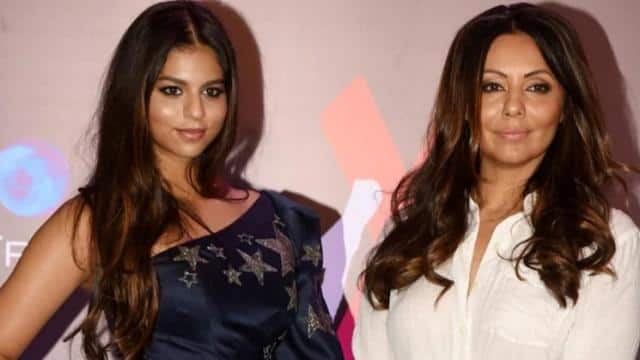 Superstar Shah Rukh Khan’s daughter Suhana Khan remains very active on social media. She often shares her photos with the family. Now Suhana has shared an old photo of mother Gauri Khan which is going viral on the internet. This photo is being liked a lot.

In the photo, Gauri Khan is seen in a black neck top and denim. He is wearing black sunglasses in which his glamorous style is seen. Suhana Khan, sharing the photo of Maa Gauri on Insta Story, wrote in the caption, Love You. Along with this, he has created a heart emoticon.

On Thursday, Suhana Khan shared a special photo on Bhai Aryan’s birthday. In this photo, Suhana Khan has her head on her brother’s shoulder and posing in the camera. Suhana Khan shares the photo and writes, ‘Happy birthday to my bestie, Aryan.’ Actually, this photo is one of the pictures taken on Shahrukh Khan’s birthday. The Khan family is in Dubai. Suhana used this throwback photo to wish her brother a birthday.

Earlier, Suhana shared a photo against Bhai Aryan’s wishes. Suhana Khan shared a photo of her father Shahrukh Khan’s 55th birthday on her Insta story. In this picture, he was seen with father Shahrukh Khan, both brothers, Aryan and Abram. The famous building Burj Khalifa is seen in the background of the photo. While posting the photo, Suhana wrote in the caption, “He was not letting me post this picture, but I wanted to share it.”