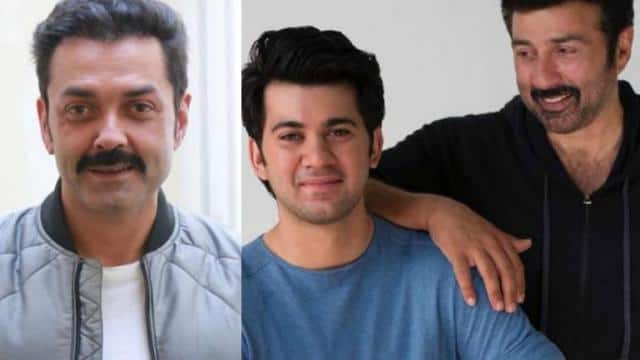 Bollywood actor- filmmaker Sunny Deol is going to make a film with his son Karan Deol and brother Bobby Deol. He will produce this film under his production house. It is being told that Sunny Deol will also take charge of directing the film.

Sunny Deol had made a film with his son Karan Deol near Pal Pal Dil, which proved to be a failure at the box office. Sunny wants to give his son Karan another chance. He was looking for script and now it is said that his search is over. He is going to announce this film soon. It is being said that Sunny Deol’s brother Bobby Deol will also be seen in this film.

Reportedly, Sunny was looking for a script that would have scopes for both Bobby and Karan and they found it. Karan and Bobby’s film will be directed by Sunny Deol. Let us know that Bobby Deol made a comeback on the big screen from the film Race 3 after many years of gap but the fans did not like this film. In the film, he worked with Salman Khan and Anil Kapoor.

Kiara Advani is jealous of Deepika Padukone and Katrina Kaif, told herself the reason

Recently Bobby Deol also worked in web series like ‘Class 83’ and ‘Ashram’ but as per expectation he did not get good response. It is being told that Sunny Deol wants to raise the graph of Karan and Bobby’s career with the new film.