Supreme Court said, where are the recommendations of Kamat Committee, now hearing will be on October 13 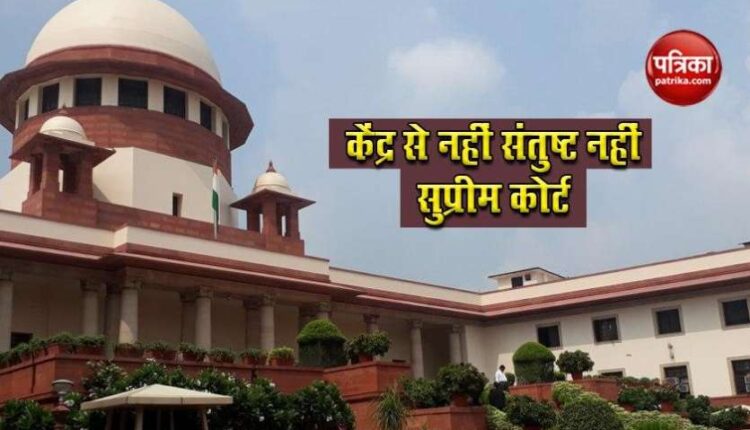 new Delhi. The Supreme Court on Monday expressed dissatisfaction over the response filed by the central government and RBI in the Lone Moratorium case, as they did not include the Kamat committee’s recommendation and action on it. The apex court has sought a ‘specific’ response from the Center on the recommendations of the Kamat Committee.

Also read: IT giants Wipro at 20-year high, know how much investors earn

A bench headed by Justice Ashok Bhushan has now given the Center a week to file an additional affidavit clarifying the implementation of the recommendations of the Kamat Committee. The bench said that the recommendations of the Kamat Committee have not been followed even before. The bench said why it was not put in front of us?

Also read: There is no possibility of getting relief from potato inflation, price may be more than 60 rupees

Senior advocate VV representing RBI Giri said that decisions have been taken at the highest level and the government has assured hand-holding to small borrowers. The apex court emphasized that the RBI should make public the recommendations which have been accepted. The bench has given October 13 for next hearing in the case.

Also read: Gold and silver from New York to New Delhi became cheaper due to improving health of trumps

The Center has told the Supreme Court in an affidavit that it has decided to waive ‘interest on interest’ on loans up to Rs 2 crore during 6 months of deferment. The affidavit states that the only solution is that the government should bear the burden of loss of compound interest.

Also read: After Reliance, TCS becomes second company to do so, shares up about 6%

The Center said that after careful consideration and weighing all possible options, India has decided to continue the tradition of hand-holding for small borrowers. Explain that the categories of loans up to Rs 2 crore include MSME loans, education loans, housing loans, consumer durable loans, credit card dues, auto loans, professional and personal loans.

Post Office: How to make 5 lakh rupees in this scheme from 100 rupees a day? Learn full information here