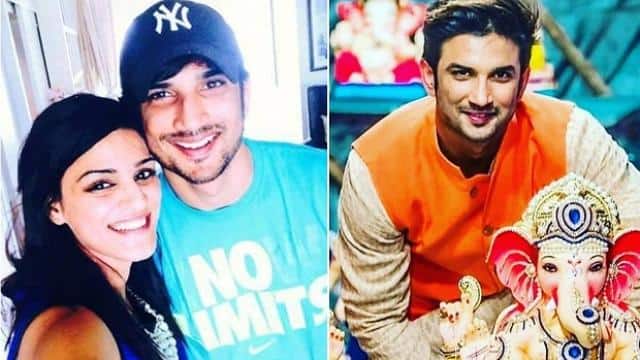 Ganesh Chaturthi is being celebrated across the country. Sushant’s sister Shweta Singh Kirti is missing her brother on this occasion. Shweta shared a photo of Sushant with Ganpati Bappa. Sharing this photo, Shweta wrote, Vakratund Mahakaya Suryakotisamaprabha. Dev Sarvakaryeshu forever in Nirvighanam Kuru.

Fans are also sharing this photo of Sushant a lot. Please tell that since the death of Shweta Bhai, she has been fighting for justice. She keeps praying for her brother on social media. Recently, he had put a global prayer for Sushant in which many millions attended.

Earlier, Sushant’s sister Shweta Singh Kirti was quite happy with the decision of the Supreme Court. He had tweeted that the first step towards victory and a fair investigation. He then tweeted another, thanks to God! You have answered our prayers !! But this is just the beginning… the first step towards the truth! Full confidence in CBI.

So this was Sushant Singh Rajput’s favorite song, Ankita Lokhande opened the secret

Let us know that the CBI team reached the actor’s Mumbai flat on the afternoon of the crime scene with forensic experts on the second day. The CBI was also accompanied by Neeraj, a Rajput cook and Siddharth Pithani, who lived with him in the flat. Both of them were able to hang Sushant’s body.

Another team arrived at the hospital, said another CBI team visited Cooper Hospital on Saturday where the late actor’s postmortem took place. The team met with Dean of Cooper Hospital. He said that the officials would also meet the doctors who did the postmortem.