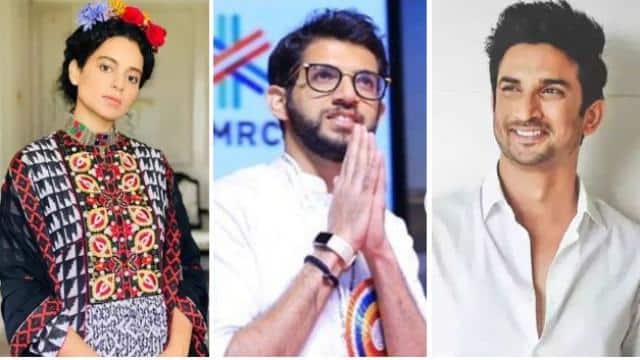 Aditya Thackeray, son of Maharashtra Chief Minister Uddhav Thackeray, has broken the silence on the late Bollywood actor Sushant Singh Rajput case. Describing all the allegations as false, he has said that dirty politics is being used in the death of the actor. On this, Kangana Ranaut has spoken a verbal attack on him. Through this interview of Aditya Thackeray by tweeting one after the other, Uddhav Thackeray has sought answers to 7 questions.

Ha ha look who is talking about dirty politics, how your father got CM seat is a case study of dirty politics sir … forget all that ask your father to answer few questions related to SSR death ..
1) Where is Rhea? … (1/4) https://t.co/lM3gicTZfR

2) Why @MumbaiPolice arriving take FIR on SSR’s unnatural death?
3) When a complaint was made about SSR’s life being in danger in the month of Feb, why @MumbaiPolice called it a suicide on day one? .. (2/4)

4) Why we have forensic experts or SSR phone data who all called and spoke to him during the week of his murder?
5) Why IPS Vinay Tiwari is locked up in the name of quarantine?
6) Why being fearful of CBI?
7) Why Rhea and her family looted Sushant money? .. (3/4)

The 7 questions Kangana Ranaut has asked are as follows:

All these questions are not related to politics, please answer them. Let me tell you that Kangana Ranaut made many revelations on the death of Sushant Singh Rajput. He told in an interview that it is murder, not suicide. In addition, he spoke openly on nepotism. Kangna also gave information about the secret of the movie mafia in the Bollywood industry.

Indiana Mehta, who debuted with the Hollywood film Work It, said that discrimination is not only in Bollywood but also in Hollywood