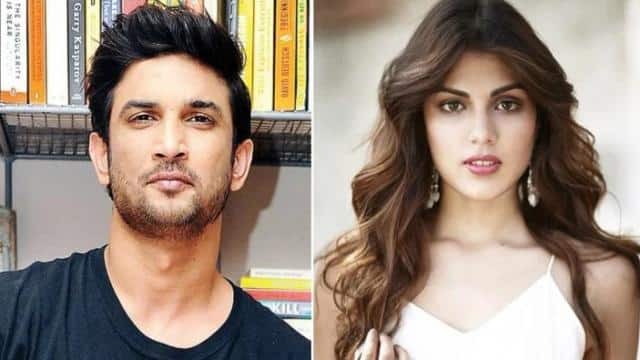 The CBI is closely investigating the Sushant Singh Rajput case. Sushant’s flatmate Siddharth Pithani is constantly being questioned in this case. In the interrogation of Pithani on 26 August, there is a big disclosure. Siddharth said that many hard drives were destroyed before Riya Chakraborty left Sushant’s house.

As reported by Times Now, Siddharth Pithani reported that on 8 June, Riya Chakraborty had left Sushant’s house, but before leaving, Riya destroyed 8 hard drives. It is being told that an IT professional was called for this work. However, who called the IT professional and what was in those hard drives is not known.

Riya Chakraborty’s WhatsApp chat in Sushant case, on the other hand, reveals the drug angle. According to a Times Now report, Riya Chakraborty has talked about drugs like MDMA in a WhatsApp chat. He has spoken to several people, including Gaurav Arya, who is reportedly being described as a drug dealer. It is being told that these are retrieve chats, which Riya had deleted earlier. In a WhatsApp chat, Jaya says to Riya Chakraborty, “Put 4 drops in tea, coffee or water and let it drink.” Wait 30 to 40 minutes to see the effect. ”The talk between the two took place on November 25, 2019.

However, Riya Chakraborty’s lawyer has given clarification in this matter after the drugs angle came out from WhatsApp chat. The lawyer has issued a statement saying that actress Riya has never taken drugs and she is ready to undergo a blood test at any time.

Saath Nibhana Saathiya: You will be surprised to know these interesting things related to ‘Kokilaben’

Petrol price increases again after one day relief, know how much the price has become