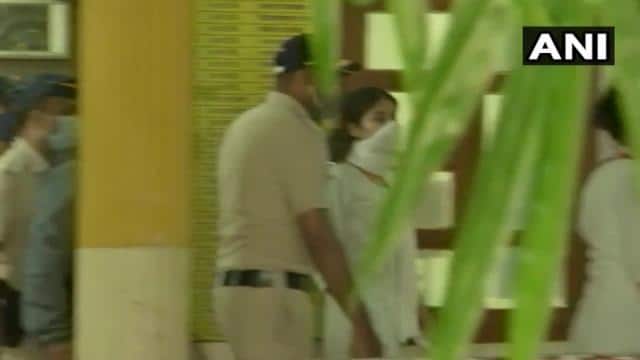 At the same time, the Enforcement Directorate (ED) has summoned a Goa businessman in connection with the investigation of his money laundering case related to the death of actor Sushant Singh Rajput. Officials gave this information on Friday. Officials said that Gaurav Arya, who runs a hotel in Goa, has been asked to give a statement before him in the ED’s office in Mumbai’s Ballard Estate area on August 31.

The ED had come to know that Sushant Singh Rajput and his girlfriend Riya Chakraborty had allegedly sent some messages to Arya’s mobile phone in 2017 and they were indicating a conversation about some banned drugs. After this, Arya is being called for questioning.

On the other hand, in the case of the death of Bollywood actor Sushant Singh Rajput, the Narcotics Control Bureau (NCB) has demanded information from the Enforcement Directorate (ED) officials which came out during the investigation. Officials gave this information on Friday. According to NCB officials, the team of the NCB investigating the case of narcotics has been asked by the ED for detailed information in this case.

At the same time, former Maharashtra Chief Minister Devendra Fadnavis said on Friday that no BJP leader has directly or indirectly named the state minister Aditya Thackeray in the case of the death of Bollywood actor Sushant Singh Rajput.

Explain that the CBI team is in Mumbai city for the last eight days to investigate the actor’s death. On Thursday, the agency recorded the statement of Chakravarti’s brother Shouvik Chakraborty. The agency interrogated Shouvik for more than eight hours and recorded his statement.

The CBI has so far questioned his friend Siddharth Pithani, his cook Neeraj Singh, and domestic assistant Dipesh Sawant and others living in the flat with the actor. The Mumbai Police has recorded the statement of the actress before the CBI takes the investigation into the case.

Last week, the Supreme Court cleared the way for the investigation of the case to be handed over to the CBI. Rajput’s father had filed an FIR in Patna accusing Riya and others of abetting the actor to suicide and misappropriating money. On June 14, 34-year-old actor Sushant was found hanging in his flat in suburban Bandra.