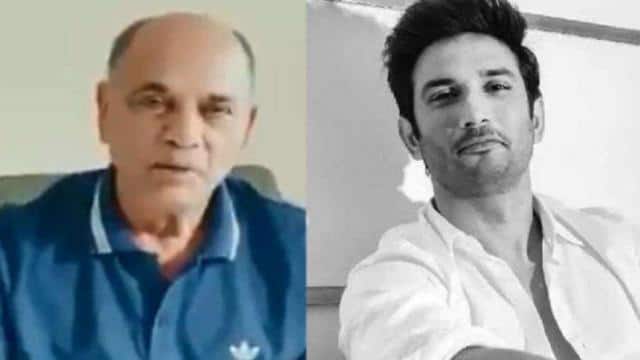 KK Singh, father of late Bollywood actor Sushant Singh Rajput, has released a video. He said in his recorded video that I had warned the Mumbai Police on February 25 that my son’s life was in danger. In the video made by myself, KK Singh is seen saying that on February 25, I informed the Bandra Police that Sushant’s life is in danger. He died on 14 June. I asked the police to interrogate the people whose names I complained about on 25 February. No action was taken even after 40 days of the son’s death, so I filed an FIR in Patna.

Let me tell you that the father of the late actor Sushant has filed an FIR against actress Riya Chakraborty and six other people including his family members. The late actor’s father KK Singh has filed the said FIR under sections 306, 341, 342, 380, 406 and 420 at Rajiv Nagar police station in Patna city.

#WATCH: #SushantSinghRajput‘s father in a self-made video says, “On Feb 25, I informed Bandra Police that he’s in danger. He died on June 14 & I asked them to act against people named in my Feb 25 complaint. No action taken even 40 days after his death. So I filed FIR in Patna. ” pic.twitter.com/tnn9XN1XlB

Bigg Boss 14 premiere can start from this date, fans are excited

Police sources said that a four-member team is in Mumbai in connection with the investigation of the case registered by KK Singh. It is noteworthy that Sushant, 34, was found dead in his apartment in Bandra, Mumbai on 14 June.

Mumbai Police clarifies on video of father of Sushant Singh Rajput, said – no investigation is done without written complaint