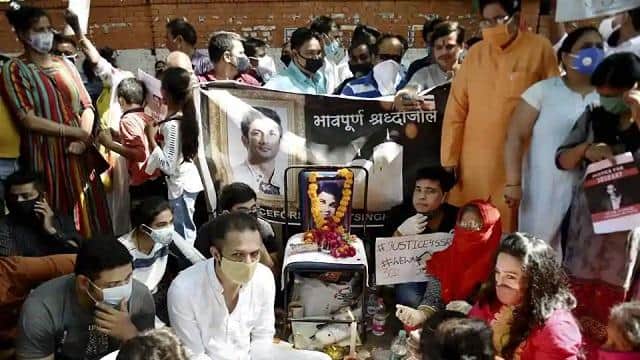 AIIMS report on the death of actor Sushant Singh has created a new uproar. A day ago, in a report given by AIIMS, it was said that Bollywood actor Sushant Singh Rajput has committed suicide. After this, Vikas Singh, advocate for Sushant’s family, said that he would request the CBI director to form a new forensic team.

The lawyer tweeted, “The AIIMS report hurt a lot. I am going to request the CBI Director to form a new forensic team. The team of such AIIMS will give the report without the results of the body, while the postmortem done at Cooper Hospital has not given the time of death. ”

The AIIMS team was engaged by the CBI to assess the autopsy report of Sushant Singh Rajput. Dr. Sudhir Gupta, the head of AIIMS team, without giving any more information, said – There is no other sign other than hanging. Speaking to ANI, Dr. Gupta said- “There was no one else to hang.” There were no other marks on the body and clothes of the deceased’s throat. “

The lawyer for Sushant Rajput’s family described the AIIMS report as incomplete, saying that the team relied on photographs to do an actual investigation of Sushant’s body. Now they said that they would request the CBI to form a new forensic team.

Earlier, advocate Vikas Singh had expressed concern over the delay in the CBI probe. He had said- “I am disturbed by the delay in the decision by CBI to assassinate Sushant Rajput of the assassination attempt. The doctor who was part of the AIIMS team told me a long time ago that from the photo sent on my behalf, it is 200 percent clear that the actor died of strangulation and not suicide. ”

Fans flocked to this romantic video of Deepika Kakkar and Shoaib