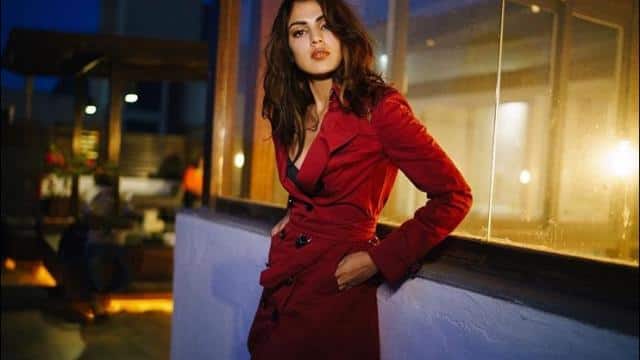 Actress Swara Bhaskar has reacted to the AIIMS report in Bollywood actor Sushant Singh Rajput case. He has demanded the release of Riya. In fact, in the Sushant case, doctors of the Indian Institute of Medical Sciences (AIIMS) said that the case is of suicide.

After the AIIMS report surfaced, Congress leader in the Lok Sabha Adhir Ranjan Chaudhary also demanded Riya’s release. In support of the Congress leader’s talk, Swara wrote in a tweet- “Well done sir!” And wrote with the hashtag linking hand emoji – “Release Riya Chakraborty”. Social media users are also giving their own reactions to this tweet by Swara Bhaskar.

Fans flocked to this romantic video of Deepika Kakkar and Shoaib

Congress leader Adhir Ranjan Chaudhary wrote in a tweet- “We are all saddened by Sushant ji’s death but a woman cannot be honored by implicating him as an accused.” I have already said that Riya Chakraborty is an innocent woman, she should be released without further harassment, she has been a victim of political conspiracy. ”

In a column recently published in The Week, Swara wrote that after the initial debate of nepotism, attention was diverted to Riya after Sushant’s father lodged an FIR in Patna. Swara wrote- “This was caused by a shocking notorious capon and hysterical media trial that practically declared Riya guilty of murder. Based on no evidence and facts, which is now proving to be a lie.”

Bollywood’s well-known producer Pritish Nandy tweeted about the Sushant Singh Rajput case, saying, “Now that the AIIMS report has dismissed the possibility of murder. Riya should be released. All those who He has been accused of apologizing. The murder charge and stealing Rs 15 crore proved to be wrong. “

Post Office: How to make 5 lakh rupees in this scheme from 100 rupees a day? Learn full information here