Talking on the phone for hours will be expensive! Companies are preparing to increase tariff plan prices 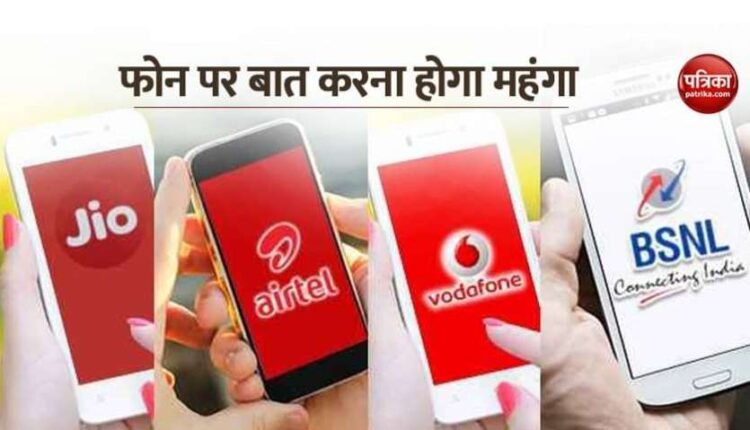 new Delhi. In this era of technology, even those sitting far away can always be connected with their loved ones. The phone is an important medium for this. People talk to each other for hours, but now the bill of this long conversation that can run on the phone can be heavy on their pocket. Actually, different companies are planning to increase the tariff plans. It is believed that the price of tariff may increase by 15-20 percent.

Vodafone Idea is planning to increase the price of its tariff from next year i.e. 2021. The company is in the mood to increase it by 20 percent. At the same time, Bharti Airtel can also increase tariff prices. However, both of these companies will keep an eye on their rival Reliance. Because if he increases the rate then the existing customers of both companies can be cut.

Vodafone needs to increase plan rates
According to the opinion of media reports and experts, it has become necessary to increase the tariff plan of Vodafone. Vodafone is currently charging Rs 119 per user. While Airtel is charging Rs 162 and Reliance Jio Rs 145 per user. Soon the company has to pay the AGR installment. Along with this, Vodafone 4G network also has to be strengthened. Funds will be required for this. In such a situation, increasing the price of the company’s plan is considered almost fixed.

Khadi breaks record in Corona era, sales of 1 crore in one day on Diwali

Apply for loans in many banks, then know these things, there may be losses