That is why diesel is not being bought in Delhi and Rajasthan, smuggling is being done indiscriminately from neighboring states 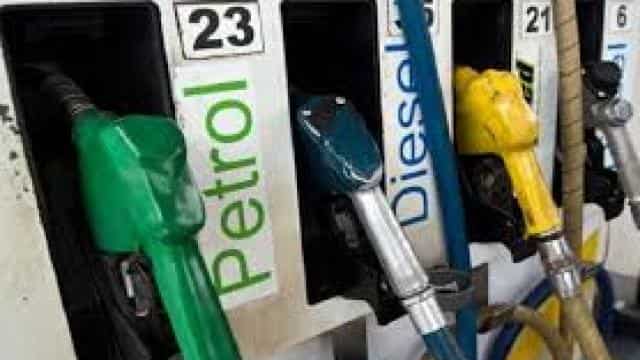 Due to diesel being cheaper in North, Uttar Pradesh, Haryana and Punjab than in Delhi and Rajasthan, it is now being smuggled. Compared to Delhi and Rajasthan, diesel is getting cheaper by Rs 7. According to officials of oil marketing companies and petroleum dealers, the long haul truck drivers are saving about Rs 5000 per trip by not buying diesel in Delhi and Haryana. On June 8, diesel was priced at Rs 71.54 per liter in Jaipur (Rajasthan), Rs 70.59 in Delhi, Rs 64.89 in Ghaziabad (UP), Rs 64.10 per liter in Gurugram (Haryana) and Rs 63.10 in Mohali (Punjab).

By the way, rates of petrol and diesel are fixed throughout the country. These attract a similar central excise duty, but their prices vary from state to state due to widespread changes in the local levy or value-added tax (VAT). The increase in diesel-petrol in Delhi and Rajasthan compared to its neighboring states is due to the increase in value-added tax (VAT), which was raised to fill the corpus ravaged by Corona.

Petrol pump dealers said that diesel is cheaper by 5 to 7 rupees per liter in the border cities of neighboring states. Nischal Singhania, a Delhi-based dealer and former president of the Delhi Petrol Dealers Association (DPDA), says that if a tank of a diesel registered car in Delhi is filled at Gurugram, it saves at least Rs 250 and by doing so, Distance trucks easily save up to Rs 5,000 at a time.

Hemant Sirohi of Meerut, active with Empowering Petroleum Dealers Foundation (EPDF), said, “The smuggling of diesel is now in full swing. Double-tank trucks coming from Punjab bring diesel and sell it locally. They make around 2,500-3,000 in a trip because the price difference is huge. “The price difference of diesel is Rs 7.49 a liter in Mohali, Delhi and Punjab. Sirohi says this is a new initiative for door-to-door fuel delivery Under the guise of inter-state smuggling of diesel, there is widespread smuggling. Diesel is being transported in tankers from Gurugram to Jaipur as the price difference is Rs. 7.44 per liter.

In which state how much VAT

VAT is very high in Delhi and Rajasthan. The Delhi government had on May 5 increased VAT on diesel from around 16.75% to 30%, in addition to the Rs 250 per kiloliter air ambience charge. VAT on diesel in Rajasthan was increased from 22% to 28%.

An Oil Ministry official, on the condition of anonymity, said that the government has not received any complaint in this regard. It is believed that oil marketing companies are keeping a close watch on these illegal incidents and are taking appropriate action. A spokesman for the oil ministry declined to comment. State-run OMCs – Indian Oil Corporation (IOC), Bharat Petroleum Corporation Limited (BPCL) and Hindustan Petroleum Corporation Limited (HPCL) also did not give a statement on this.

Kareena and Saif go out on a walk with Timur, the policeman said – do not bring the child out