The Kapil Sharma Show: Krishna Abhishek on not doing the show with Mama Govinda – If he goes in front of me, he can’t stop his tears 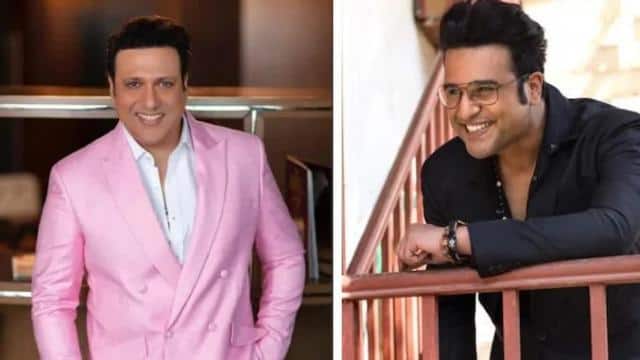 Comedian Krishna Abhishek has not been named to end the controversy with his maternal uncle Govinda. Both of them are having a bad time. Recently, when Govinda came on The Kapil Sharma Show as a guest, Krishna Abhishek refused to do that episode. Now Krishna has given his reaction to this. He told that now the distance has come as much love between us.

Krishna Abhishek said, ‘Yes, I refused to do that episode with Mama Govinda because there are some differences between us. And I didn’t want it to affect the show. Comedy has to work in a positive environment. Hearty laughter comes only in the midst of good relationships. ‘

Satish Kaushik can make a sequel to Salman Khan’s film Tere Naam, says – I have many stories

In an interview to Spotboya, Krishna Abhishek said about his relationship with Mama Govinda, ‘I love Mama very much and I know that she loves me too so she has the right to be angry with me. I love them very much but if things like this are going on between us, then I would have tears in my eyes. So I decided to stay away from that episode. I have been quite close to him. I have been with him and his family in his house. The more love there is, the greater the distance.

Earlier in a conversation with the Times of India, Krishna Abhishek had said, ‘I came to know about 10 days ago that Chichi Mama is coming on the show. Because Sunita Mami is not coming with them, the team felt that I would not have any problem in performing. But, the last few sentences have left a sourness in me. Last year in 2019, Sunita Mami did not want me to perform, so this time I have decided not to perform on the show myself. ‘

Shahrukh Khan will have a major share in the profit of ‘Pathan’, know how much talk made with YRF