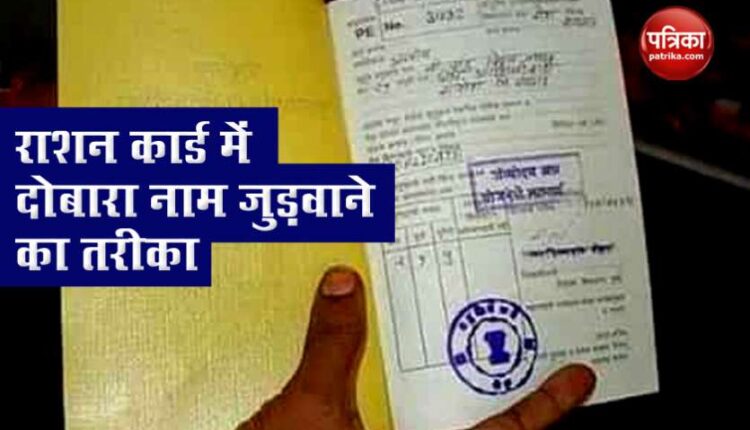 new Delhi. The process of creating new ration cards to connect all the states of the country has started under the One Nation One Ration Card. Through this, you can take food grains at any cost in any part of the country at an affordable price. During this time, such people can also rejoin their name in the card, whose name has been accidentally cut off from the list or new member has joined the family. If you are also one of these then you can adopt these procedures.

Name addition process
If someone’s name has been removed from the ration card, then to add it to the list again, one has to take the Aadhaar and photo copy of the ration card and go to the nearest CSC Center or Public Facilitation Center. An application form has to be given here. After which you will get a receipt from there. Submit it to your tehsil. Your name will be included in the list in a few days.

How to include a new member name
Children and wife names may be added to the names of new members in the ration card. There are ways for this. If you want to get a separate ration card for you and your wife first, or by amending your wife’s Aadhaar card, get her husband’s name instead of the girl’s father. After this, take your Aadhar and wife’s Aadhar card and give it to the Food Department Officer in the Tehsil. If you want, you can get a wife’s name after online verification. Now get your name removed from the already connected ration card and then apply for a new ration card. By doing this your work will be done.

After all, which is the Vodafone Idea Postpaid Plan, on which TRAI has a teary eye