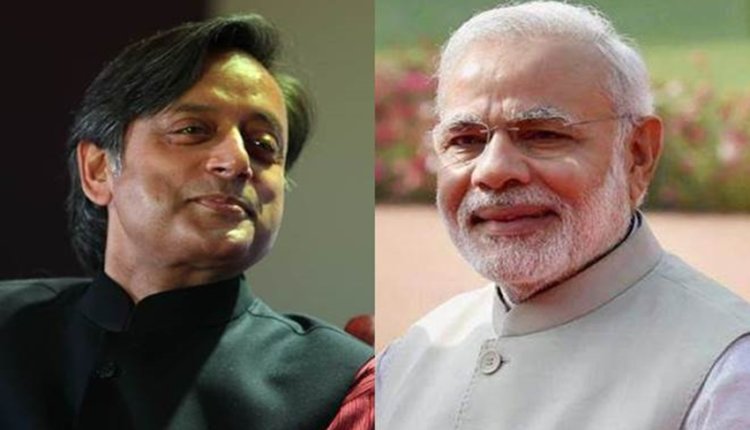 Congress leader Shashi Tharoor on Wednesday slammed Prime Minister Narendra Modi for announcing a Rs 20 lakh crore economic relief package. In the tweet, Tharoor wrote in the style of Shayari, “The same old lions were sold under the new name, they sold a lot of dreams again … Make in India is now a self-reliant India, was there anything new?”

In fact, Prime Minister Modi had said in the name of the nation on Tuesday that this package is a means of fighting the coronavirus as well as making the country self-sufficient. The PM had said that now we have to be vocal towards the local. That is, more responsibility has to be taken towards local products. On this, Tharoor tweeted tauntingly.

Earlier, many other opposition leaders including the Congress have also been taunted by the Prime Minister’s package announcement. While former Finance Minister P Chidambaram had declared the announcement as the headline of an empty newspaper, Samajwadi Party leader Akhilesh Yadav said that the central government is once again making false promises to 133 crore Indians. The former UP chief minister said, “First you promised 15 lakhs and now you are doing 20 lakh crores. You have made false promises 133 times to 133 crore Indians. After all, how can anyone trust you? People are no longer asking how many zeros are in 20 lakh crores, but how many false promises you have made. ”

Congress spokesman Jayveer Shergill had also targeted the PM’s Vocal for Local statement, saying that if the BJP government wants to make the local successful, then support Make in India. The Congress had said that the government built the Statue of India from China and the Prime Minister is giving the slogan of Vocal for Local.