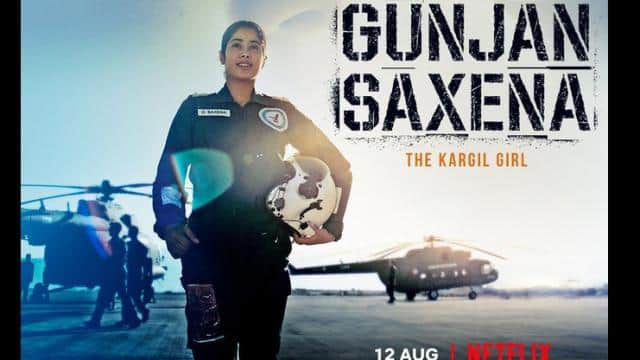 Bollywood actress Jahnavi Kapoor’s upcoming film is titled Gunjan Saxena – The Kargil Girl. The film is set for release on Netflix. Although the film was scheduled to be released in theaters on 13 March 2020, due to Corona, the film will now be released on 12 August on the OTT platform. In such a situation, now the makers have informed that the trailer of the film will be released tomorrow i.e. on August 1. In the film, Jahnavi Kapoor will play the role of Gunjan Saxena, the first female Air Force officer of India.

Dharma Production has given an official tweet informing that the trailer of Gunjan Saxena – The Kargil will be released tomorrow at 10 am. While the film will be released for streaming on Netflix on August 12.

Pankaj Tripathi and Angad Bedi will also be seen in important roles in the film Gunjan Saxena The Kargil Girl directed by Sharan Sharma.

An inspiring story of a girl with dreams for the sky, ready for take off! 4 #GunjanSaxena – The Kargil Girl trailer out tomorrow at 10am, stay tuned! Premiering on August 12th only on @NetflixIndia. pic.twitter.com/Nn2dYFkIvq

Recently, Jahnavi Kapoor, during an interview, told many things about the film and her journey. Jahnavi Kapoor said that all this shows the diligence you have worked hard towards your work. Your approach was very simple, if you keep working hard, you will get what you want. Jahnavi said that as Gunjan Saxena did not let the creation of the society or gender bias or anything obstruct his mind or he never even tortured himself, instead instead of focusing hard on his work only by working hard Forced the society to accept its merit, which inspires me the most. ”

Banks will remain closed for so many days from SBI to BOB and UBI in the month of August, see the full list here

3 out of four Chinese Smartphones entered India in Lockdown, yet fell 73% turnover