The woman said to Sonu Sood – did not go to the parlor for two and a half months, please arrive? Knowing the answer of the actor will be a lot 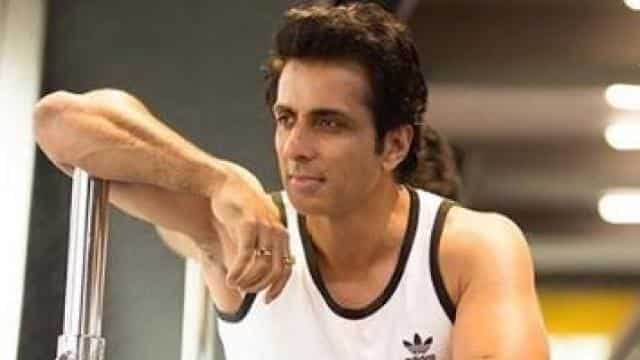 Bollywood actor Sonu Sood has become the messiah for migrant laborers. He has been working for the last several days to take the trapped laborers home. So far, he has brought more than 12 thousand laborers to his home. Also answering people’s questions through Twitter. And they are promising to help them in the same way.

Sonu’s noble work is being discussed vigorously everywhere. Many stars of the film industry are not tired of praising his initiative. Recently a lady fan told Sonu Sood that sir can you reach me beauty parlor. I have not been there for two and a half months. Please help me Well kidding, you are really a real hero.

What will you do by going to Salon? I came to the salon to leave his village. बोल Say if you want to go back to his village? 4 https://t.co/5Xrim4um5l

The actor also gave a funny answer to this woman’s talk. Sonu Sood wrote that what would you do by going to the beauty parlor? I left her village to the beauty parlor. If you want to go back to his village then speak. Let us tell you that more than 30 thousand people have liked this actor’s response on Twitter so far.

Salman Khan talked about his engagement and marriage with Yulia Vantur, said – I will give this good news to the fans myself

Shahrukh Khan’s darling Suhana Khan is no less than a princess, this photo of her going viral on social media

Let us know that Sonu Sood and his team have sent thousands of laborers from Mumbai to Karnataka, Rajasthan, Jharkhand, Odisha, Uttar Pradesh and Bihar through buses and this work is still going on. His wife Sonali, sons Ehsan and Ayan are also helping him in this work. He said that we have just issued a helpline number, through which people are contacting us. When the call arrives, my wife notes and my son prepares a list of who will get into which bus. Along with this, Sonu Sood is also looking at bus travel paperwork and medical test reports.

Your e-PAN card will be made in just 10 minutes from Aadhaar, service started today