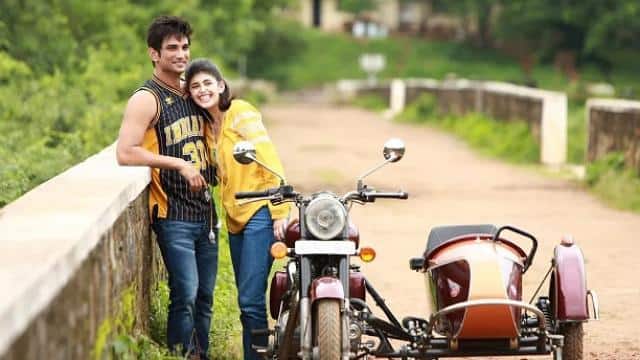 Sushant Singh Rajput’s last film Dil Bechara is going to be released soon. Fans are eagerly awaiting the release of this film. Sanjana Sanghi will be seen opposite Sushant in the film. Used the bike in a scene in this film. This bike had a special connection with Sushant. Mukesh Chhabra, the director of the film, told about this.

Mukesh told how Sushant used to go out for a walk with one of his companions on this bike. He said, our film has a bike which is Sushant’s character Manny. We were shooting in Jamshedpur and the weather there was so strange that it used to rain suddenly. At that time, we were wet in the rain like little children. During that time Sushant continued to sing the songs of the film and rode the bike.

Recalling his friendship with Sushant, Mukesh said, ‘We really used to be each other’s stress buster. Whenever we had a chance, we danced and sang on the set ‘.

Wife Sutapa is missing Irfan Khan a lot, said- Remember you all night

‘Dil Bechara’ will be released on July 24 on the Disney Plus Hotstar OTT platform. Sanjana is making her Bollywood debut through this film directed by Mukesh Chhabra.

Sushant was excited about the last film

Sushant had told in an interview that he had liked the script of this film so he had listened to his heart to sign the film. Sushant had said that he had read the novel on which this film is being made. Along with this, he also saw the film made on this novel The Fault in Our Stars. He liked both of them.

There is discontent about China, there is a great opportunity for India: Nitin Gadkari